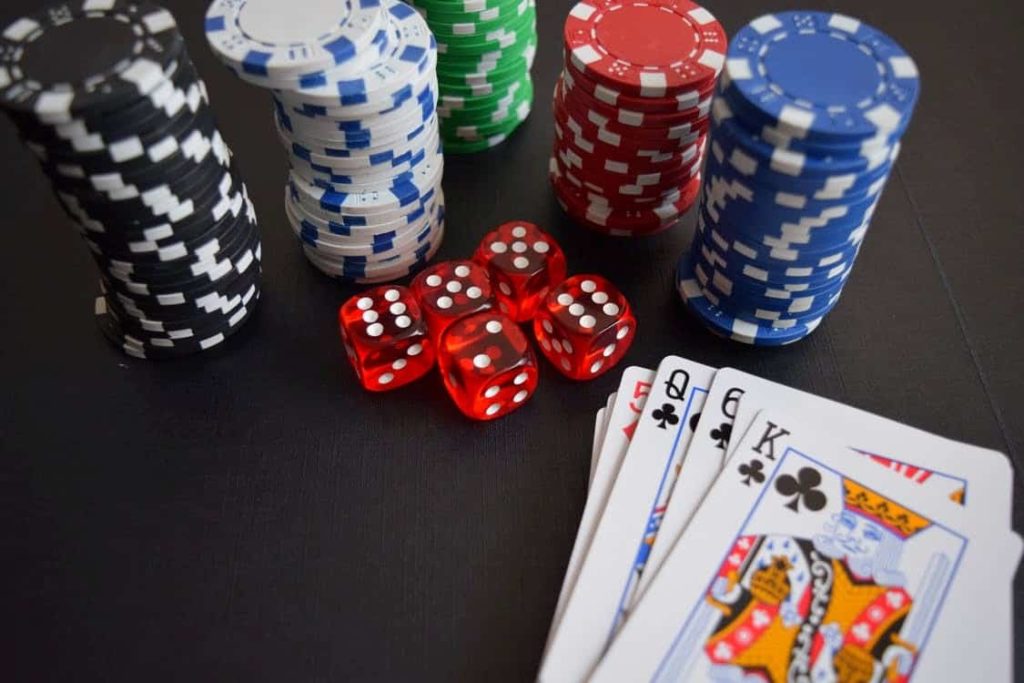 Online casinos are a relatively recent phenomenon, yet the games they feature have been around for a lot longer.

In fact, experts think that gambling is an ancient practice, which means that many of the experiences we still enjoy today date back hundreds or even thousands of years.

To show you just how historically relevant online casino games can be, here is a look at the back stories behind just a few of the most popular examples. There is something cathartic and satisfying about the spinning of the roulette wheel and the clattering of the ball as it skitters around before coming to a rest. It is a game that works well online, but which actually has its origins in 18th century France.

While historians are divided as to the exact date at which roulette was conceived, what is known is that the game evolved significantly from its early forms, with successive iterations helping to perfect the balance of chance.

It may have started life in Europe, but it was its move to America in the 19th century that saw roulette really take off. Today, it is played in casinos from Las Vegas to Macau, and is of course a hit with online casino audiences as well.

There is no doubt that gambling history is full of fun facts, one of which is that playing cards were first created and used in China, meaning that the roots of more modern games like poker are actually found to the east.

From China, card games spread internationally, and in the 17th century a precursor to poker called As-nas was dreamt up in Persia, albeit with a smaller deck and very different suits.

Once again it would take the American touch to transform and standardize this type of gambling, with the now-ubiquitous Texas Hold’em variety of poker emerging at the start of the 20th century.

Poker tournaments and televised sessions held in more recent years, coupled with the explosion in the popularity of online poker, made this the gold standard card game for casino patrons.

Because it also uses playing cards, blackjack has similar roots to Poker and every other card-based table game found on casino sites in the 21st century.

Also consistent with many historic creations is the debate and uncertainty surrounding when it was that blackjack first came to be.

Some claim that it was invented in the 16th century in Spain, while others attribute it to an even earlier creator in 15th century France, although back then the aim was to score 31 rather than 21 with a hands.

It was not until around 1900 that blackjack got its current name and received the widespread recognition it still enjoys in the online casino era.

Part of its appeal is that, unlike poker, it is very straightforward to pick up and play with no prior experience, and there is only a small amount of strategy involved, lowering the barrier to entry.

Even so, it involves more thought than slot machines, and decision-making by players still impacts the outcome.

Speaking of slots, these games are some of the biggest money-makers at land-based casinos as well as their online equivalents. They are simple to play and offer a combination of colorful visuals and appealing sound effects to attract players and really popular when it comes to gambling online.

This is a type of casino game with a far more concrete history behind it, as the earliest examples were put together in the late 19th century in America, and were initially designed to pay out in non-cash prizes at bars.

Prizes such as chewing gum, drinks and even fruit could be won, but as mechanisms became more complex and technologies evolved, financial jackpots were eventually offered.

It was not until the middle of the 20th century that the first fully electronic slots were developed, and video slots emerged shortly after. By the 1990s the dawn of the online casino era allowed slots to migrate online, and it has been a wild ride ever since. Even people who play online casino games from the latest smartphone using the fastest internet connection available have to recognize that the activity they are participating in is a fundamentally ancient one.

Humans simply cannot get enough of games of chance, and this is borne out by the enduring success of casino games like roulette, poker, blackjack and slots. You can bet that even as humanity makes progress and conquers the stars, in millennia to come there will still be casinos to surprise and delight.