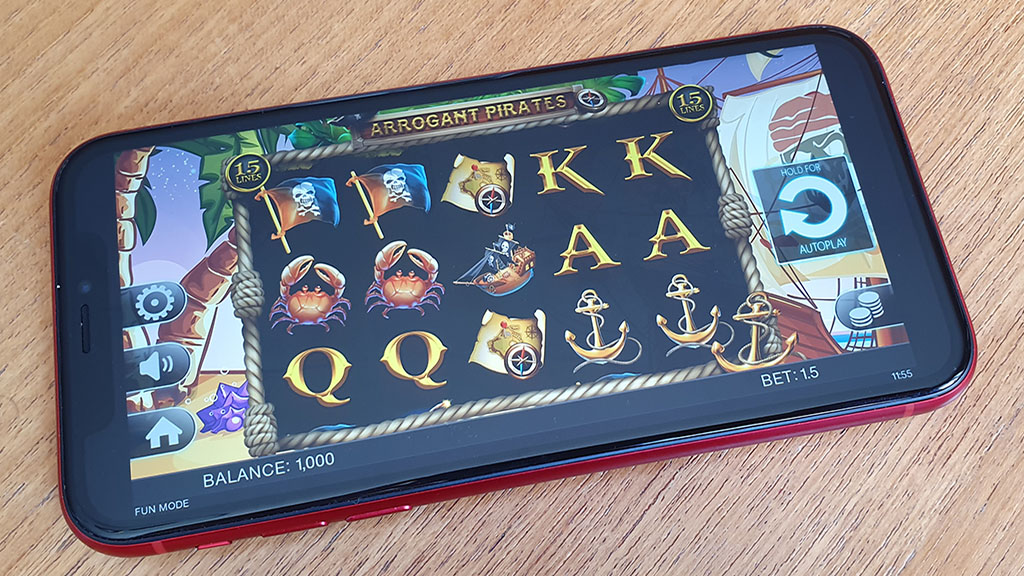 Playing slot machine games is quite entertaining. Living in the technological era provides the players with thousands of opportunities, accessibility to the internet and everything it offers included. Here we are offering the reader the best slot machine games for android which are an ideal way to have some fun.

Although playing slot games on Android mobile is a little less entertaining compared to playing at casinos, it’s much cheaper; you should consider trying it out. Aside from being more affordable, the slots are digital, and you can play for money. Are you thinking of which slot games for Android to play? Unsure of which one would suit you? In this article, a group of experts from Casino Classic review, a platform with the best and most reputable casino list, will take you through 5 best mobile slots games for android. This game initially started as a physical slot in land-based casinos. Cleopatra has made her way in online and mobile casinos due to her increasing popularity. The slot has an Egyptian theme, which is now very common among mobile casino games.

In Cleopatra, the stunning Queen of the Nile graces the arena. Her sultry voice would even guide players amid role-playing mini-games triggered by the combination of certain icons. These combos provide players with more chances of winning big. Cleopatra is also packed with fantastic features that include wild symbols, a bonus game, prize multipliers, scatter symbols and free spins. It is undoubtedly one of the most lucrative free slots machines in overall gaming experience and engagement. 88 Fortunes is widely played at land-based casinos around the United States. The game has become one of the most popular slot machines at online and mobile casinos. It has a theme that draws inspiration from Chinese symbology. These symbols usually have red as the prominent color, and you might have heard that red signifies success and good fortune in China.

Another prevalent color in this free slots game is gold. It’s found mainly among the winning icons on the spinning reels, signifying riches and wealth, particularly when arranging them.

88 Fortunes features five standard reels with 243 pay lines, a modest visual interface with a background catchy Chinese soundtrack, but you have got to be alert to hear the sound of the gong, which usually tells you that you’ve triggered a bonus option.

Wheel of Fortune On Air It was believed that this mobile slot is a combination of a favorite American TV game show Wheel of Fortune, and online gambling activity. However, the Wheels of Fortune on Air was launched in 2019. The game features the famous spinning wheel and the prize icons the TV show presented on the spinning reels.

You might not win a Ferrari or a yacht while playing this colorful and engaging slot game, but there are tons of chances for you to take home cash prizes and unlock huge bonuses. Wheels of fortune on air has five reels and 20 paylines. While these numbers are not as much as other games, the major focus is quality, not quantity. You don’t need real-life gladiator or fighter experience to play the 2019 version of this casino game. Don’t be frightened by the realistic graphics and catchy soundtrack – no gladiator is coming to cut your head off while you spin the reels.

Thirty adjustable paylines accompany the game. Whenever you play and win, the cascading reels will be triggered. Each consecutive cascade will boost the win multiplier up to 5 times. When you win with the coin jackpot scatters, the jackpot meter gets full, and you collect the current jackpot. If you want twenty free spins,  use three or more shield scatters to trigger the free spins feature. Named after the leader of the Gladiatorial War, this slot machine is among the first colossal reel format games ever released by WMS. It’s packed with plenty of features that, until it was first released, hadn’t been seen in any real money slot machine. With regards to these facts, it’s undoubtedly a cutting-edge game.

It has magnificent gameplay and soundtracks, which give the game’s atmosphere a terrific feel. Spartacus combines a regular 5×3 screen with another colossal reel screen (about 12 rows per slot), giving you a huge cumulative of 100 paylines.

Like several other colossal reel games, Spartacus slot plays well on low budgets and was created to have a relatively low volatility rate, so you stand to get more regular wins rather than scarce big wins. So, you can channel your money to this game instead of high volatility mobile slots.

Which of the popular best slot machines for Android is ideal for you? Well, it all depends on your gaming nature and taste. Concerning slot machines, they all share inherent similarities. All slots are a game of chance, so you may not start winning at once. Other times you may just get quicker than you expected.

The majority of the slots are free, but they might require you to make in-app purchases made with real cash.It all depends on what you want. Are you enthusiastic about wars? Then you may want to go for Spartacus slots or Caeser’s. Do you want something similar to your regular TV show? Then you should go for Wheels of Fortune on Air.