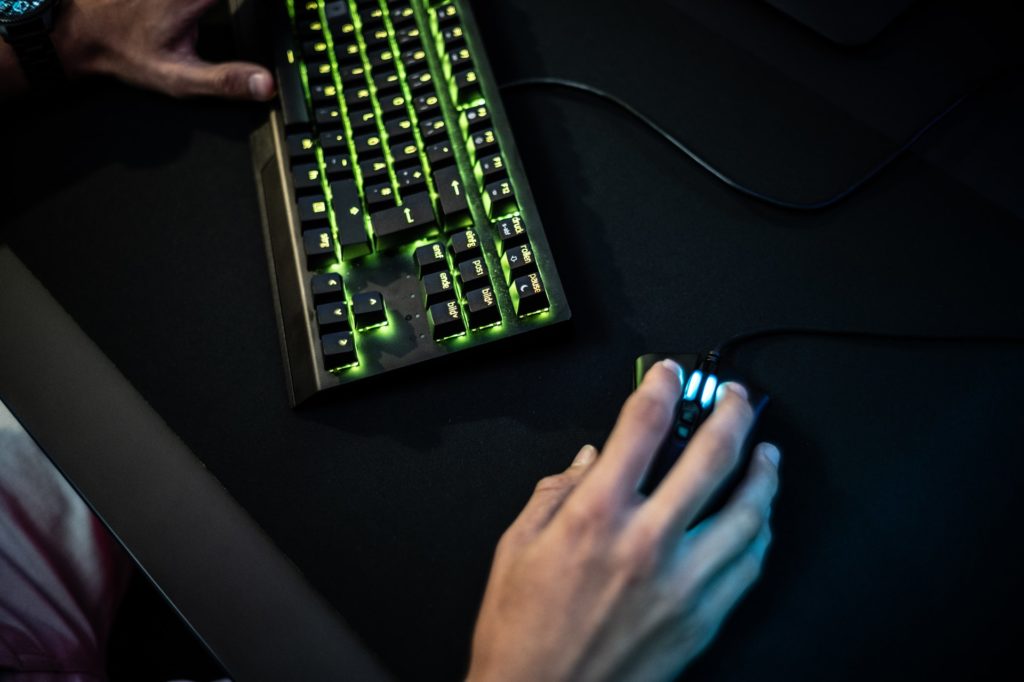 Counter-Strike: Global Offensive is one of the most popular video games of all time. In 2022, CSGO brings in around a million active players every month. However, only a fraction of the Global Offensive community is playing professionally. If you’re struggling to secure successive wins, you’ve probably picked up some bad habits along the way. Keen to improve your win rate? Read on for 7 simple steps to fine-tune your play in CSGO.

As of 2022, there are 34 weapons to choose from in Counter-Strike: Global Offensive. This includes everything from sawed-off shotguns to SMGs. It’s tempting to reach for heavy artillery when deciding on your loadout, but if you want to succeed at CSGO, keep it simple.

When you’re just starting out, stick to conventional weaponry like pistols and rifles. Playing as a terrorist? The AK-47 should be your rifle of choice. Need a reliable sidearm? No matter what team you’re playing on, the P250 is a solid option. Master the mechanics of these basic weapons before expanding your arsenal.

Once you’ve chosen your core arsenal, start practicing your aim. Accuracy is everything in CSGO. If you’re struggling to land a lethal shot, think about training with bots on specially designed maps. It’s easy enough to reload an empty magazine when you’re concealed from view. However, if you’re caught short and exposed to enemy fire, this isn’t always an option.

To avoid this deadly scenario, constantly monitor your ammo levels. Reloading a weapon in CSGO isn’t instantaneous. Pick the perfect time to reload your weapons to ensure you’re never marching into battle with limited bullets.

There’s a huge array of maps in CSGO. If you’re new to this first-person shooter, don’t assume they’re all carbon copies of each other. Each map in Global Offensive is distinct, with unique challenges and features you can leverage to your advantage.

Mastering all maps is a tall order. Instead, focus on the most popular ones. Mirage, Nuke, and Dust 2 are among the most widely played.

Once you’ve grown accustomed to map topography, get to grips with callouts. Our CSGO callouts Dust 2 map guide has some essential pointers that will give you a significant advantage over the competition.

The average map includes countless hiding spots. In many cases, you won’t be able to spot an enemy before they’re in firing distance. However, you can anticipate their arrival by training your ears to recognize telltale sounds. Investing in a good gaming headset will make it far easier to distinguish the movements of rival players. Many new players make the mistake of overspending. Nothing is stopping one or two players in a team from spending all their money before a game starts, but you’ll want to ensure there’s still some spare currency floating around in the team coffers before commencing play.

Just because you’ve got a clear shot, doesn’t mean you should pull the trigger. If an enemy can’t see you, avoid the urge to fire a lethal burst of gunfire. While you might put a single enemy combatant down, you’ll almost certainly draw attention to your location. Instead, deploy stealth when you can and dispatch enemies with knives.

Understanding map layouts and choosing a winning weapons loadout is all well and good, but it means nothing if you’re not communicating with your team. CSGO is one of the most tactical team-based games out there. To win regularly, your communication skills need to be exceptional. Keep it simple and be specific, using acronyms when you can. Let the most experienced player take the lead, but don’t be afraid to offer your two cents if you think you’re being led into a disaster.

The Benefits Of Being A New Online Player

When is Peaky Blinders Season 6 Coming Out? Who all will star and what is the plot?