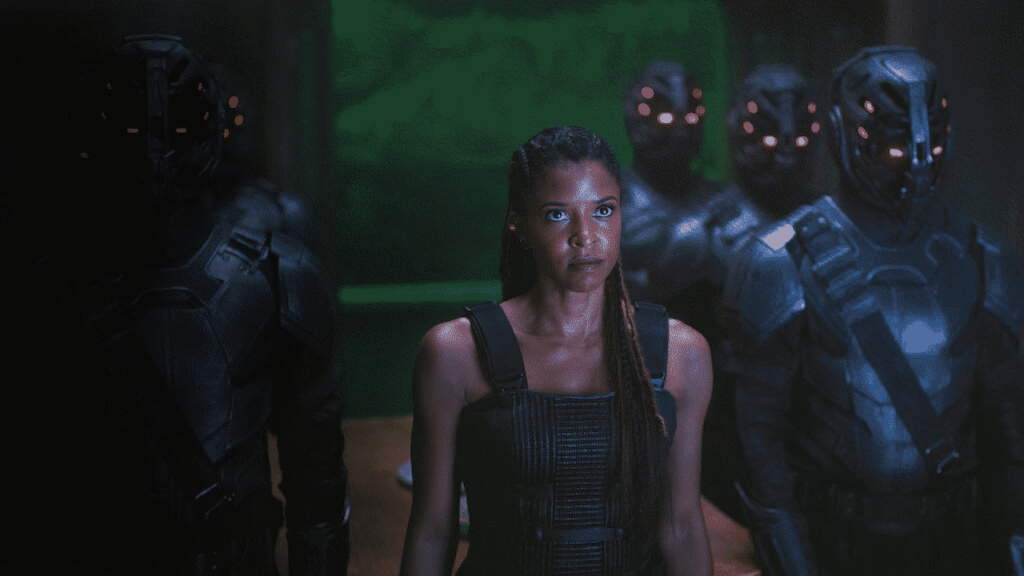 Netflix has recently announced the release date of Altered Carbon Season 2. The sci-fi drama will return on the streaming service on 27th February.

If you are already familiar with the show, you will know that the characters can trade physical forms while their consciousness moves between the bodies. It comes handy if you are a T.V. producer and want to bring in a new lead in your next season. No wonder why Richard K. Morgan’s novel based series stars Anthony Mackie instead of Joel Kinnaman as Takeshi Kovacs after two years. However, we can’t wait to see how they put this together and if Mackie will do justice to the role.

The season 2 of Altered Carbon revolves around Takeshi Kovacs, played by Anthony Mackie, the lone surviving soldier of elite warriors, continuing the quest to find his lost lover – Quellcrist Falconer played by Renée Elise Goldsberry. After decades of searching the galaxy, Kovacs finds himself recruited to his home planet – the Harlan’s World with the promise of finding the love of his life. He is haunted by his past and now responsible for investigating a series of ruthless murders. This will help him discover that his mission to solve the crime and to find his lost love, is, in fact, the same. The series shifts towards a mystery – Who is Qellcrist Falconer? With the help of his A.I. Poe, Kovacs must figure out a way to partner with new allies and find the truth.

The second season will also feature Dina Shihabi as Dig 301, Torbin Liebrecht, as Colonel Ivan Carerra. You will also see Simone Missick playing the role of Trepp. Chris Conner will be seen as Poe while James Saito will play the role of Tanaseda Hideki.

How To Never Forget a Birthday Ever Again