Criminal Minds Season 16: Will it happen? 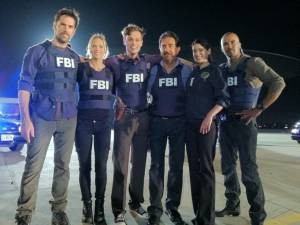 Criminal Minds is one of the most prolific and longest-running crime tv shows and has been entertaining us since 2005. The show has garnered critical acclaim and is undoubtedly the jewel in the crown for CBS. With Season 15 ending in February 2020, fans want to know if Season 16 of Criminal Minds is going to happen or not?

The short and the sad answer is, ‘No’. Season 16 isn’t going to happen as CBS concluded the marathon series via Season 15 itself.

According to sources, the team behind Criminal Minds decided that the show had run its course, and now is the right time to end it.

They wanted to give the writer of the show Erica enough episodes to honor all characters and give the show the end that it deserved.

Eventually, it was decided that 10 episodes are what the final season will be encapsulated into.

What was the show all about?

The show was about a team of criminal profilers working for the Behavioral Analysis Unit of the FBI.

Their job was to analyze crimes and bring the perpetrators to justice before they struck again.

The show went through a lot of different cases with the personal trials and tribulations of the crew highlighted as well.