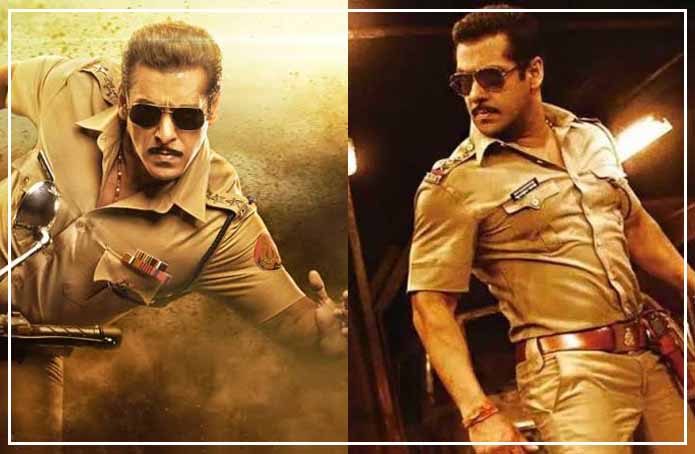 Dabangg also translates to Fearless in English. Having such a bold name, you can already bet that the series will be thrilling and action-packed. Released in 2010, it is an Indian-Hindi action comedy film. Not only that, but its list of acclaimed actors will also draw you to watch the series. Salman Khan stars as the lead role with Sonakshi Sinha, Dimple Kapadia, Om Puri, Mahesh Manjrekar, Mahie Gill, Vinod Khanna, and Anupam Kher. With two hit films already in the kitty, the time has come for Dabangg 3.

In Dabangg, the story follows a corrupt and fearless police officer who battles a troubled relationship between his stepfather and stepbrother. Since its debut, it has received great positive reviews, grossing at ₹2.19 billion ($47 million) worldwide, making it the highest-grossing Bollywood film of 2010. It has also won several awards, including Best Film and Best Female Debut. The movie was so hugely successful that it was remade in Tamil as Osthe and Telugu as Gabbar Singh. Since then, a sequel titled Dabangg 2 was released in 2012, and the trailer for Dabangg 3 has just been recently released.

Right on time for Diwali, the trailer looks as good as fans had hoped! With the fan-favorite old cast making a reappearance, the antagonist in this sequel will be played by a newcomer in the film, Sudeep Sanjeev. The trailer has enticed fans to want more during its release in December 2019. The movie also stars newcomer Saiee Manjrekar.