Glow Season 4: Likely to get Delayed 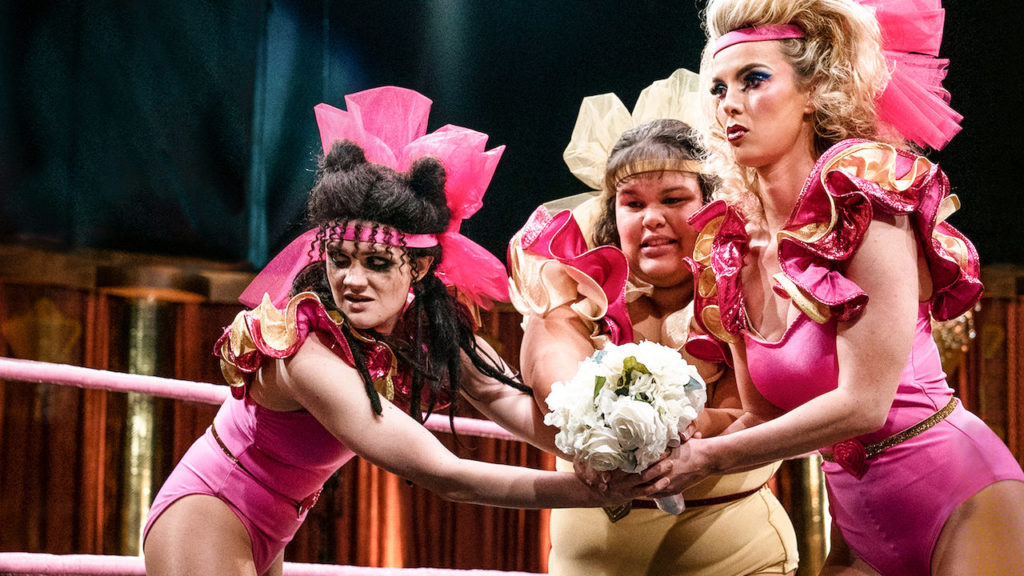 GLOW revolves around Ruth Wilder, who is a struggling actress. As a newfound hope, she joins the world of wrestling, looking for some success.

Their wrestling world is full of glitter on the outside but real emotional journeys in reality.

Ruth has some initial rifts with the director of the show about his conduct as she is pitted against 12 other Hollywood wannabes.

She learns that the show also features her arch-nemesis, Debbie. The friction between the two characters is the focus of the fictional show. Let’s have a sneak peek into what GLOW Season 4 will be all about.

The show is not just about wrestling but the emotional journey all the participants have in the harsh 80s for women.

The series has had a successful run of three seasons.

The last season ended with Debbie gaining the ultimate power to run the show by outbidding the network.

Fans are anticipating Glow season 4 to see if Ruth will choose to direct the show or participate in it.

The show has precisely captured the 80s LA spirits with costumes, nostalgic music, and character development.

Being loosely set around the original GLOW (Gorgeous Ladies of Wrestling) TV show, it is about the journey of these women around sparkles of stardom.

Also, it shows what personal and professional struggles they come through to keep the show running.

In very little time, the show has managed to breathe life into all the characters. The show might be about wrestling, but it’s the warmth and fun behind the amazing women that keeps you thoroughly engaged.

The last season of GLOW ended with a change in the dynamics between Debbie and Ruth.

Meanwhile, other GLOW women were not so sure about continuing the show.

Carmen told Debbie about leaving the show so she can travel with her brothers.

Season 4 will be a turning point to see how many of them stay and leave. Debbie and Ruth could entirely be working with a whole new team.

As exciting as this is for both of them, it’s not so much for the fans. They will have to wait at least till 2021 for the release of the new season on Netflix.

The show was set to film from February 18th to May 27th, according to the sources. But, the filming was postponed in LA due to the quarantine situation.

The production and filming will get pushed by a few months.

How To Choose The Right CBD Products For You

How to Print Text Messages from Android Phones for Legal Purposes ?