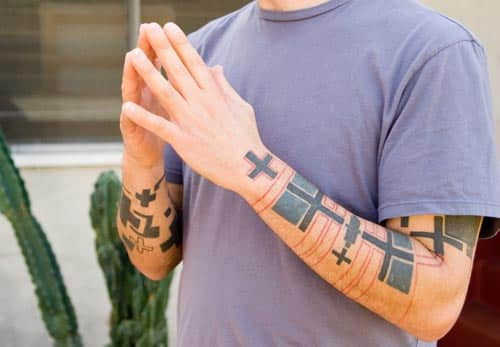 A Waterford based man was recently accused of hiding the fact from 6 sex partners that he was actually HIV-positive while indulging in unprotected sex. The district attorney at Milwaukee County mentioned that the 42-year-old man named Jason Taufner has been charged with 6 counts of reckless and endangered safety. Currently, he faces 84 years maximum penalty in prison.

The complaint confirms that one of Taufner’s victims was tested to be HIV-positive after having sex. The man has now been convicted and prosecuted two times previously for a crime of similar kind. Authorities mentioned that as conditioned during his last given sentence, the man was ordered by court to inform all his sexual partners of the HIV status.

Taufner met 4 of the said victims at the tattoo shop located by West Allis which is where he operates. The woman that registered complaints of being diagnosed with the disease said that she was in a live-in relationship with Taufner until October which was more than 1 year. She also told the investigators that she confronted the man once post hearing the fact that another of his previous girlfriend was diagnosed with HIV. However, Taufner accused this woman of falsifying the results to take revenge.

Will Isla Fisher be seen in Now You See Me 3?

Three Tips On How To Beat A Casino In Slots