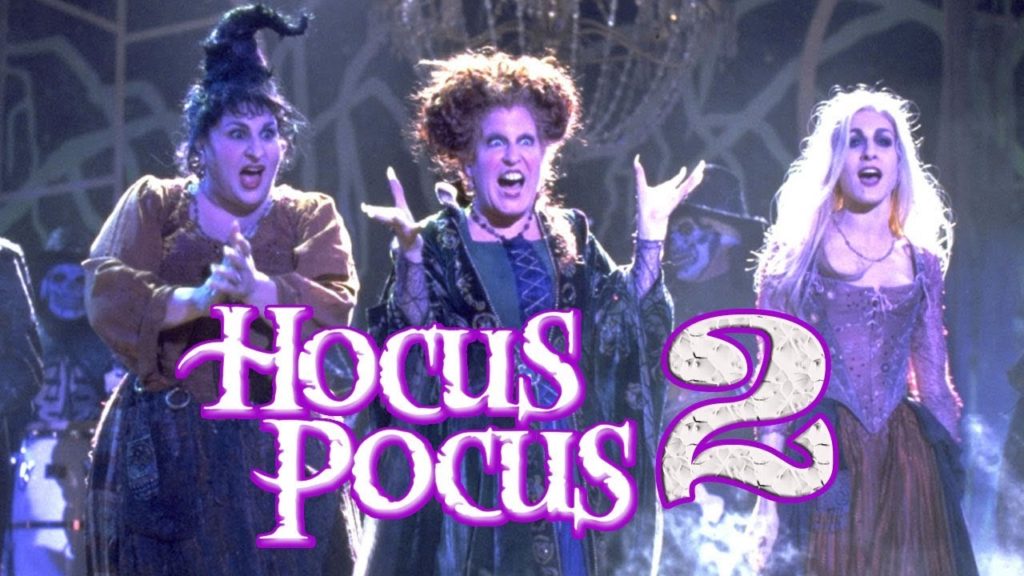 Ever since the launch of the streaming service Disney+, fans are on their toes anticipating the release of Hocus Pocus

The sequel is under development to be released on the Disney+ streaming services.

Finally, after 26 long years, the cult classic will be back.

The original Hocus Pocus was not much of a hit back in 1993.

Over the years, the movie has become a Halloween go to every year for kids and adults alike.

The dark horror-comedy is a light, fun movie to watch.

Kenny Ortega, director of the 1993 movie, will not be a part of the movie but, a few cast members will return for the sequel.

We are hopeful for all three witches to reprise their roles. Moreover, the return of Sarah Jessica Parker is confirmed.

The plot of the movie revolves around Salem witches who are woken up after a 300-year long slumber.

Now that they are back to life and are on a hunt for their mission. They are seen igniting their reign of terror while on a chase to find two teens and a child to drink their blood.

They are having the time of their resurrected life on Halloween night.

Earlier, the movie was set to be a reboot of the movie.

Later, it was confirmed that the Disney+ release would be a sequel to the 90s classic.

According to the books, the plot takes a 25-year leap from the 1993 events.

The horror-comedy might revolve around Poppy, the teenage daughter of Max and Alison.

Poppy is a prime target for the Sanderson witch trio.

There hasn’t been any confirmation yet. The story may go in a completely different direction.

When Will Hocus Pocus 2 Release?

According to some reports, the sequel is in production and is set to release by the end of 2020 on Disney+.

The development is going a bit slower than expected.

Features of The Ultimate Sectional For Entertainment And Family Rooms