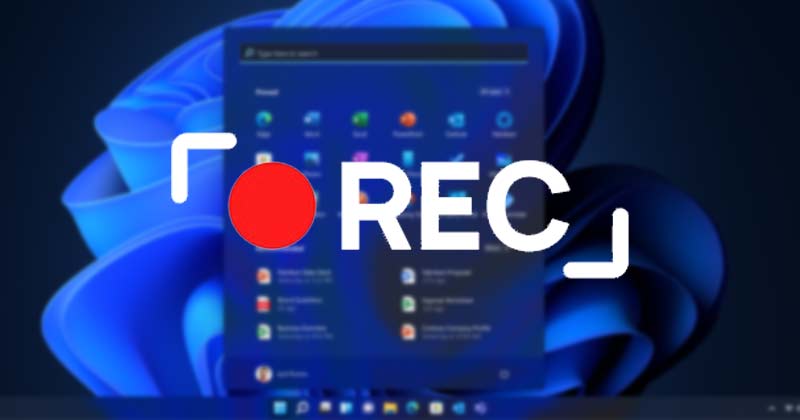 Many Windows 11 laptop users do not know that their laptops have a built-in feature to record laptop screens, even though this feature is very important because it can be used to record the screen when playing games, opening applications, or other activities without the need to install a third-party screen recorder application.

Instead of using third-party applications that are generally paid for, it is better to use the built-in features of Windows 11.

Besides being free, these features are also easy to use. You can also find this feature on Windows 10 laptops made by Asus, Lenovo, Dell, HP, and various other brands.

All laptops that use Windows 11 or Windows 10 must have a screen recorder feature, regardless of the brand, because this feature is part of the XBOX application that is installed by default on Windows 11 and Windows 10.

Actually, many third-party screen recorder applications offer more complete features. However, we prefer to use the laptop’s default screen recorder feature because it is easier to use and, of course, doesn’t require you to pay for anything. Plus, you don’t have to install anything just to record your screen. With a tiny little effort, you can do screen recording as quickly as possible. All screen views can be recorded, making it perfect for documenting the work in progress, especially for gamers and content creators who sometimes need to record the game being played for content-making purposes.

Interestingly, the Windows 11 screen recorder feature can be used directly when playing games by pressing the combination button using the keyboard. Now to find out how to record a Windows 11 or Windows 10 laptop screen without an application, please refer to the following.

Before trying this tutorial, keep in mind how recording a laptop screen with the XBOX built-in feature in Windows 11 or Windows 10 cannot be used to record the File Explorer screen and the Desktop screen. If you want to record both programs, you must use a third-party application.

Maybe Microsoft intentionally didn’t enable a screen recorder for File Explorer and Desktop to protect Windows users’ privacy. You can immediately try the tutorial below for those who don’t mind these shortcomings.

The first step is to determine the screen of the application or program to be recorded. You can record games, office applications, browsers, or other applications that are already installed on the laptop.

Then the next step is to press the Windows + G combination keys simultaneously. After both buttons are pressed, the XBOX Game Bar will appear.

For those who use Windows 10, a dialog that says Do you want to open Game Bar? will appear. If the dialog appears, please check the box “Yes, this is a game.”

After the Game Bar appears, you will see a lot of game-related menus. Now to record the laptop screen, please click the Capture button at the top.

If you do want to use a third-party app, feel free to search for them on the internet. In fact, you can even find tons of them that will hide IP and offer security. While searching for the best apps, you can also check to get specific VPN for PC to improve privacy. VPN can also give you benefits in terms of browsing. Aside from privacy purpose, VPN will keep your captured data protected and personal.

Next, the Capture menu will appear. On the menu, you will see several buttons. Now to start recording the laptop screen, please click the Start Recording button. When you have finished recording the laptop screen, just click the Stop Recording button on the Capture Status menu. After that, the video will be automatically saved on the laptop. If you don’t find the button, you can re-open the Game Bar by pressing the Shortcut Win + G key.

The last step is just to see the results of the video recording. You can see it through the Game Bar by pressing the Win + G key or going directly to File Explorer, then open the Videos folder, then go to the Captures folder.

The recordings are in MP4 format, so they are easier to edit or upload directly to other media. Also, you can edit it for a bit and upload the content to YouTube.

Actually, there is an easier way to record the screen on a Windows 11 or Windows 10 laptop, namely by directly pressing the shortcut key Win + Alt + R. If you press the combination button, it will automatically record the screen without first opening the Game Bar feature.

Please try it yourself, and hopefully, this tutorial on projektino.com is useful and can be a reference for Windows 11 and Windows 10 laptop users who don’t know how to record a laptop screen without an application.