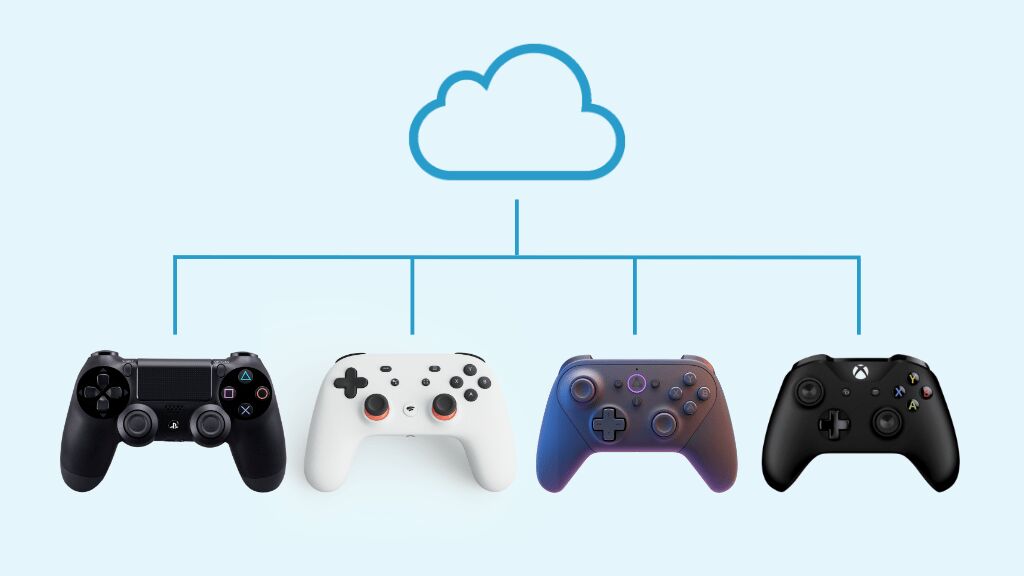 Gaming is no longer just a hobby. It’s now a lifestyle. There are more gamers than ever before, and they’re spending more time on their favorite games. And as technology is evolving day by day, so does the gaming industry. We all know everybody loves to play games, but everyone can afford high-end devices and consoles to enjoy games. That’s where cloud gaming can help you out.

The computer gaming industry has been steadily growing for the past few decades. The number of people who are playing games and console gamers is expected to grow by 2025 to about 1.4 billion people.

Cloud gaming is a new way of playing games. It is a service that allows gamers to play video games without the need for expensive hardware or being tethered to their living room TV.

But what is cloud gaming really? How does it work? And how does it compare to traditional gaming?

Cloud gaming is a new branch of the video game industry. Unlike traditional gaming, cloud games are hosted on remote servers and streamed to your device. This means that you can enjoy video games without downloading software or hardware and have access to any game at any time.

Cloud gaming, also known as streaming, allows gamers to play video games from the internet without the need for expensive hardware and without being tethered to their living room TV. What is cloud gaming?

The emergence of cloud gaming has been a revolutionary change in the gaming industry. The traditional model of playing games on a console or PC is now rendered obsolete with the advent of cloud gaming.

Cloud gaming is an online game that is played over the internet and not on a device like a TV, computer, or mobile phone. A player can access it through any device as long as they are connected to an internet connection. It offers various advantages to gamers, such as:

– Accessibility: Players can access their favorite games from any device with an internet connection and play them anywhere at anytime.

– Cost-effectiveness: Cloud gaming does not require expensive equipment like consoles and PCs, which means players can save money for other things.

– Increased mobility: Players can play games on their smartphones, tablets, or laptops.

Cloud gaming is the future of gaming. It offers a number of benefits that traditional gaming cannot.

Cloud gaming gives you the ability to play online games without having to install heavy software on your computer. You can also save your progress and resume it later on any device with an internet connection. Cloud gaming also saves you from finding a place for your video game console because you can use your laptop or phone instead.

Why Cloud Gaming is Better than Traditional Gaming

Cloud gaming is a type of video gaming that’s played by streaming it to your device. It can be played on any device with a screen and internet access.

The advantages of cloud gaming are:

– No need for downloads or installation,

1) It is cheaper to use a cloud-based gaming platform because it doesn’t require the purchase of a high-end PC or console.

2) The cloud-based gaming platform allows players to play games as they are released, without waiting for the game to be downloaded.

3) Cloud-based gaming platforms allow players to access their games from any device that has an internet connection.

4) The cloud-based gaming platform allows players to play with friends who are not in the same household and can be found anywhere in the world.

5) Cloud-based gaming platforms offer exclusive content that cannot be found on other devices.

What Kind of Internet Connection Do I Need to Get Started with Cloud Gaming?

To start, let’s talk about the minimum requirements for an internet connection. Cloud gaming requires a broadband connection of at least 10 Mbps or higher. You should also have an active account with a cloud gaming service provider such as PlayStation Now or Xbox Live Gold.

Now, let’s talk about bandwidth requirements for cloud gaming and how they can affect your experience with the service provider that you choose to go with. For example, if your provider only offers 10 Mbps bandwidth, this may not be the best option for those looking to take full advantage of a high-quality game. How Cloud Gaming is Changing the Way, We Consume Entertainment & How Businesses use it

Cloud gaming is a relatively new technology that has the potential to change the way we consume entertainment. It also has many business applications, such as reducing costs and increasing accessibility. Cloud gaming offers a number of benefits for both gamers and businesses, including:

– Cost savings: Cloud gaming can reduce hardware costs by eliminating the need to purchase expensive computers or consoles. This can save companies money on IT expenses.

– Accessibility: The ability to play games without downloading them can make it easier for people with limited access to broadband internet or expensive devices to enjoy these games.

– Scalability: Cloud gaming services are scalable, meaning they can grow with demand for more powerful hardware and software upgrades, as well as easily integrate with new technologies. This enables game developers to focus on what they do best: designing the game and making it fun.

Cloud gaming is a service that offers video games to gamers without the need for them to buy, install or maintain any hardware.

Cloud gaming has been around for a while now, but it’s only recently that it has started to take off. It’s an industry that is still in its infancy, and there are many challenges in the way to it becoming mainstream. However, if these challenges can be overcome, then cloud gaming could become the future of video games.

The key benefits of cloud gaming are that you can play games from anywhere, anytime, and on any device. You don’t need to worry about buying expensive hardware or having a high-speed internet connection at home. You also don’t have to worry about all the cables that come with consoles and PCs, which have been known to be a huge pain point for many gamers.

Russell Simmons and Navarrow Wright on News and Notes