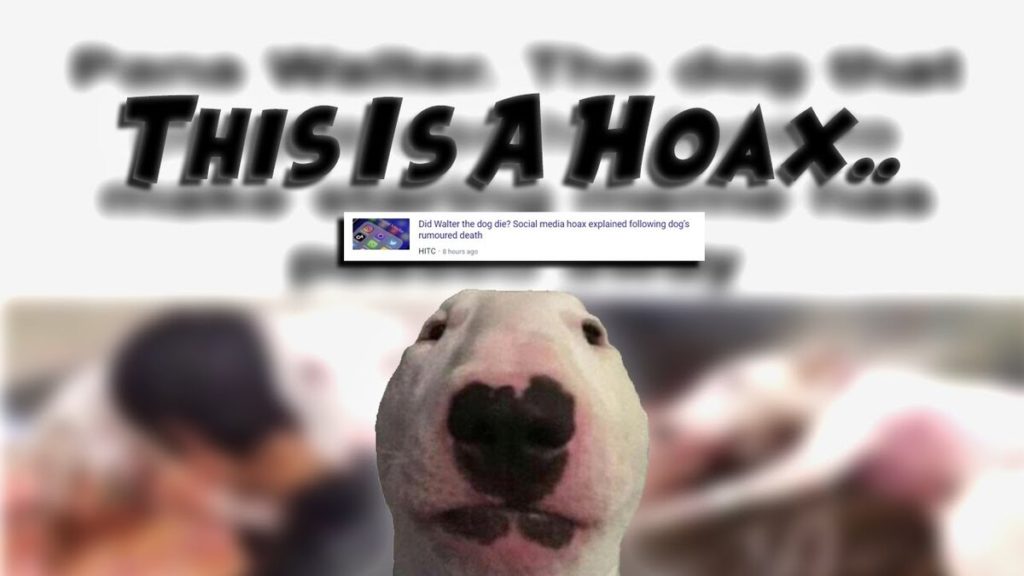 If you regularly scroll through memes, you must be familiar with Walter, the dog who got famous on social media platforms.

It was his 2018 “When u open the front-facing camera on accident” meme that got viral and received 45000 likes.

After this, the bull terrier was the netizens’ favorite dog meme to express different emotions through humor. Everyone knows the dog by the name Walter. However, his real name is Nelson, who has high scores on the subreddit.

The internet is full of fake news surrounding Walter’s death.

As per the owners, Nelson is a funny dog who does not play much with toys, but he likes to mess up bookshelves and sofa. That is how he got famous too.

Did Walter The Dog Die?

In February 2020, a piece of news about Walter’s death was circulating.

However, it was just a rumor as Walter is still alive and playing around.

They were happy to report that Nelson is still alive, and if anything like that had happened, the news would have come from his Instagram account.

Besides, they appealed to everyone to not believe in such news and pay respect to the actual dog resembling Walter/Nelson that bravely took the bullet while protecting its owners.

More about the dog who got injured

The dog, Billy, was tragically shot by the robbers in Philadelphia.

He was defending the owners from the robbers’ attack. Billy was shot on January 14, 2020, by the two armed robbers at 48th and Osage streets.

After the attack, he was rushed to the Penn Vet clinic and treated for the gunshot wound. Luckily, he survived it and is healthy. The internet confused it with Walter and started the hoax of him dying. Without cross-checking the facts, pictures of the dog started going viral with the name Walter.

Many users paid condolences to the dog and expressed their grief for losing their beloved meme dog.

However, Billy deserves as much respect and honor for his heroic act and should not be confused with Nelson/Walter.

So, in short, the rumors about Walter the dog dying should be put to rest, and people should verify what they share online. Finally, we also hope to call on everyone to love dogs, protect animals, and raise people’s awareness of animal protection through our content. When raising awareness, do you want more support? Awareness pins, awareness stickers, awareness t-shirts, awareness lanyards, and wristbands will all make great support on your animal conservation journey. By the way, if you want to know more details about pins, lanyards, or wristbands to raise awareness, you can enter GS-JJ.com and Customsticker.com, where can provide professional views on custom awareness products.