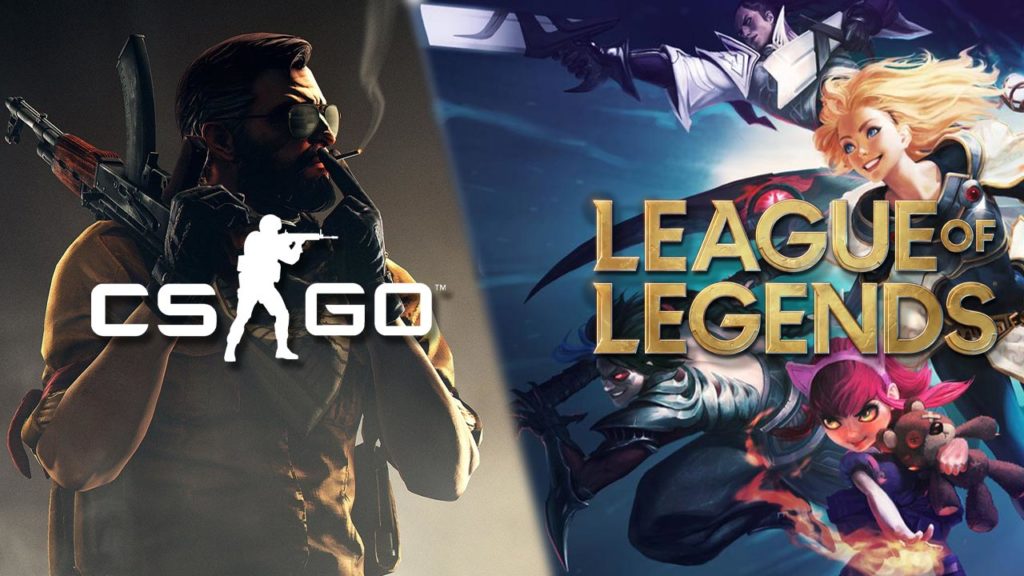 Counter-Strike: Global Offensive or League Of Legends? If you like super-fast strategy games, LoL is your game. If you like fast, skill-based first-person shooters, CSGO is your game. The choice of which game to play also depends on how much time you have and whether you prefer FPS games over RTS games. To compare the two products, let’s look at their features.

In Valve’s tactical shooter, two teams of five players each compete on the supposedly simple premise that the SWAT team must not let the terrorists plant the bomb. At the beginning of each round, both teams put their virtual money into equipment and then try to win the round as tactically as possible for their team. Shooting safety is just as important as a cooperative approach.

The point of this shooter is quite simple, but the simplicity is the interest of the game. Absolutely anyone can become a professional player regardless of age and gender.

The game has a large number of weapon skins, they do not give an additional advantage in the game, the price of which reaches several thousand dollars, and they can get anyone just playing the game or opening cases, which also fall out in the process of the game. The finals of major tournaments are broadcasted on TV, and bets on the outcome of the match are accepted by bookmakers, all this indicates the further development and popularization of CS: GO.

Even 10 years after its release, hundreds of thousands of players continue to play on the servers every day.

A large number of CSGO Vulkan tournaments have been running in the discipline for years. The prize pool of CS tournaments is steadily growing. The winners of the PGL Major Stockholm 2021, Natus Vincere, won a million dollars.

LoL from Riot Games has become one of the most played games in history since its launch in 2009. And it’s still being played by more than 100 million regular players.

League of Legends is a MOBA (Multiplayer Online Battle Arena). As is typical of the genre, you and your team of five players must destroy the enemy “Nexus”. In turn, the enemy team defends maximum, and in the meantime, you must defend your own hub. What makes the game so compelling to tens of millions of players, even more than a decade after its release? The main reason is the sheer variety compared to other multiplayer games. Almost no two rounds of the game are alike, as your tactics are affected by countless factors such as

One can also choose from over 150 characters called “champions”. Each one has special attacks, abilities, characteristics, and even a backstory.

With millions in prize money and numerous active teams, LoL is undoubtedly one of the biggest eSports phenomena of our time. According to league of legends Vulkan several tournaments are scheduled for 2022.

What To Do With Your Old iPhone 7?