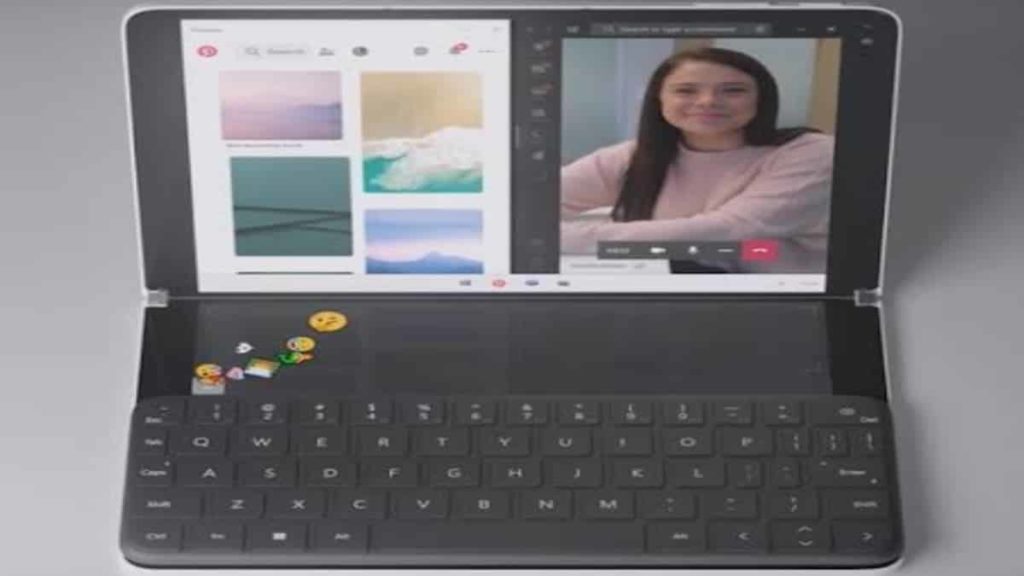 The future of foldable PC’s is here. With Microsoft’s Surface Neo, the company is looking forward to the next generation of Surface devices. Well, these devices might not have any existence yet. Hence, during its Surface event, in New York, Microsoft launched a prototype of Surface Neo. The new Surface Neo would offer fans a sneak-peak into how the device looks.

Microsoft’s Surface Neo is a hybrid of Surface tablet and laptop. The PC is going to be made up of two 9-inch opposing screens. The screens are joined by a 360-degree hinge. It is the hinge that would allow the Neo PC to work as a book-shaped reader. When the screens are folded back-to-back, the PC can act like a small tablet. Users would be able to run multiple apps at the same time. A Surface Pen has been attached to the back of the Gorilla Class design. To charge the pen, it needs to be attached to the rear glass panel.

Surface Neo would be featuring a next-generation Lakefield CPU, the thinnest LCD ever used. Added to that, Microsoft is going to ship this PC with a completely new version of Windows 10. The new version is going to be dubbed as 10X. Also, there is a Bluetooth keyboard that can sit on the top of the screens. Or, it can be attached to the back of the screen. The Windows 10X is known to make the keyboard more flexible by adjusting features depending on the location.

Like all other Surface devices, one would be able to use Microsoft’s Surface Neo as a traditional clamshell device.

Microsoft’s Surface Neo is something very new and bold. The developers of the company have been working on it for a long time. With Surface Neo, Microsoft showed its competitors what a folding device might be like and how it can be taken to the next level. However, Microsoft stated that they won’t be releasing the Surface Neo until 2020 Christmas.