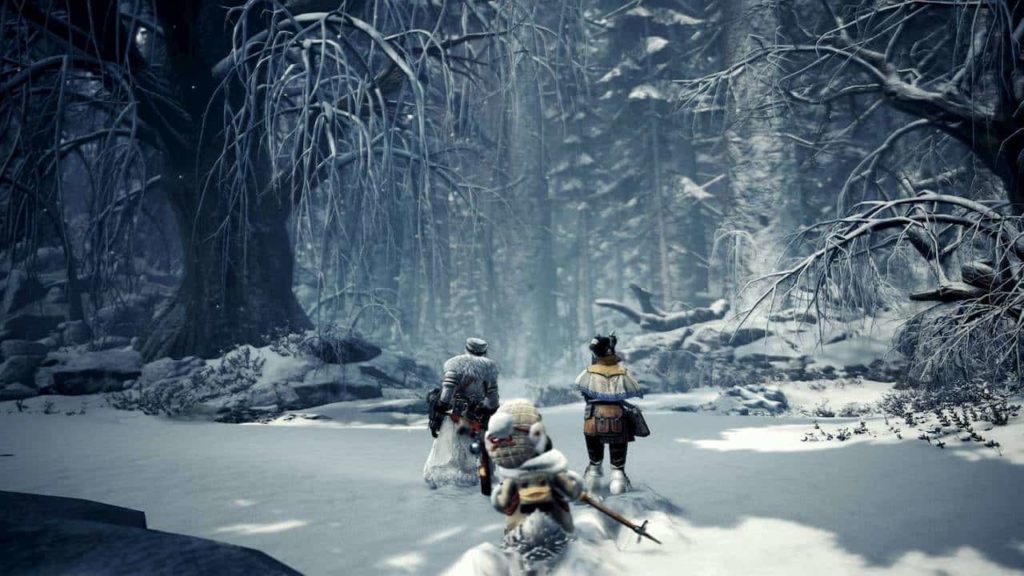 Fans of the franchise have been enjoying free updates for the original Monster Hunter: World. The long-awaited Monster Hunter: World Iceborne has been released on console, and fans are on the edge of their seats waiting for the PC release in January 2020. Since this announcement, fans have been teased by videos on the new Clutch Claw, story trailers, developer interview, and new monster showcases. What are fans excited about? Fans can’t wait to play a whole new story campaign and explore new areas.

According to Monster Hunter producer Capcom, the new area is called Hoarfrost Reach, and it’s not just a single map, it’s also snowing! Developers tease fans as they described a forest covered in thick, fluffy snow and new endemic wildlife. Apparently, players will be able to unlock the area as they progress through the story. Developers have also said: “in the end, it’ll be the largest region in Monster Hunter: World so far. Not to mention, the appearance of Velkhana, the new Elder Dragon.

According to producer Ryozo Tsujimoto, this expansion will be the last as it completes World. Although this is coming to an end, fans are forgiving as the makers are hard at work for the next followup. Nevertheless, Capcom says: “We’re planning a lot of the updates for the future. Just don’t expect many new mechanics, areas, or monsters following Monster Hunter World: Iceborne. What are fans getting in the PC version? The trailer for Iceborne PC showed gamers playing in 4k at 60fps.

Along with this, other PC specific features are keeping fans excited. Fans can expect 4k resolution with uncapped framerate, better mouse and keyboard controls, Ultrawide screen support, High-resolution texture pack support, and DirectX 12 support. With so many new features and a promising new area, we can’t wait for January 2020.