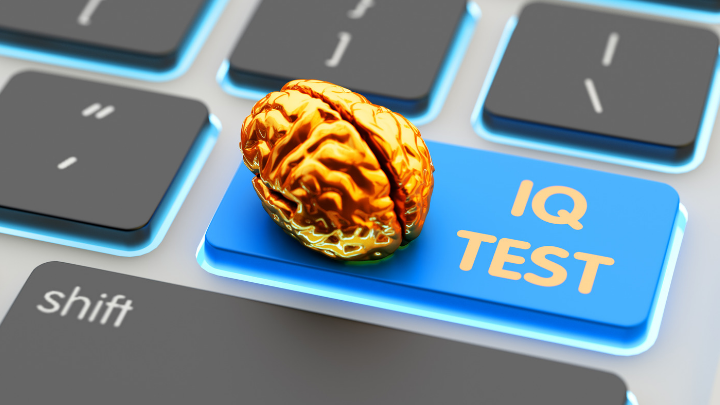 IQ tests have been a trend for a long period of time. Alan Kaufman introduced the concept of IQ test about a generation ago. He claimed that IQ tests are important to assess a person’s intelligence and the general ability to learn and comprehend the concepts of everyday life.

IQ tests claim to assess how ‘smart’ a person is. But, many experts have mixed views in this regard. Few claim that relying only on IQ tests to measure the smartness of an individual is not a sound idea. They urge that other aspects also play their role and cannot be neglected or overlooked.

We often use IQ tests to grade individuals on the effectiveness of their learning processes. But Alan Kaufman claimed that we all are so concerned with the score of the tests that we have overlooked the importance of process. To emphasize every aspect of the entire process of IQ testing is necessary in order to ensure its authenticity and effectiveness. The IQ tests are needed to be conducted in such a way that they thoroughly measure every aspect without neglecting or overemphasizing a few features as compared to others.

Intelligence testing measuring the psychology of an individual has various pros and cons that need to be considered before evaluating this approach as an assessment tool in any perspective.

IQ tests are an effective tool to highlight those individuals who are above average in terms of intelligence. These tests measure the intellectual abilities of an individual. Those who are “gifted” find it very difficult to maintain their interest level and IQ tests are important to identify such issues at the early stage.

It is very difficult to assess complex concepts such as intelligence, reasoning ability, intellectual capacity, and logic ability. IQ tests are helpful in measuring such complex concepts.

IQ tests are beneficial in identifying the areas of strengths to cherish and they also highlight the areas that require improvement. They are useful in designing the required intervention to eradicate weaker points.

They help us to understand Brain

The brain is the most complex part of the human body. Intelligence testing provides testing from various approaches making it easier to understand the working of the brain. Such information helps to reevaluate the educational or working plans.

IQ testing is an effective tool to design techniques that can help in memory retention in children and adults.

There is a lot of research development in IQ testing. The newer tests are highly reliable and cater to a vast variety of human aspects. They provide an individual with extra details that can help to decide career opportunities.

For instance, if a student has great mathematical skills but has low verbal intelligence can select the profession of Engineering but he or she will not be a good fit for Journalism because it requires a person to be more vocal and talkative.

It is a fun process to conduct IQ tests

Most people find IQ testing as a helpful tool to know about their strengths and weaknesses. So, they can take the required measures to improve themselves.

IQ tests lead to the use of “labels”

Using the terminologies like ‘talented’ and ‘gifted’ may sound great to the ones having high scores in IQ tests. But, such terms are very demotivating for the ones who have low IQ levels.

It can make them feel inferior in front of those who are considered gifted individuals. People who have low IQ levels start to believe that they cannot meet the expectations of those around them. They may start taking IQ as a limitation for them to excel and prosper in life. Such outcomes can create self-esteem issues leading to the decreased urge to change the circumstances.

IQ tests do not measure various forms of intelligence

There are several forms of intelligence both in children as well as in adults. People are gifted by nature in numerous ways. Some have more interpersonal skills than factual skills. While some are more blessed with mathematical or verbal skills as compared to others. Generally, those who have high scores are grouped together, while, those with low scores are placed in other groups. Such classification minimizes the beauty of diversity creating various groups of people having little or no interaction with the other group.

It creates a very unfriendly environment affecting the endless opportunities for learning and growth.

It is impossible to design IQ tests independent of cultural contexts. Experts have struggled for a long time to remove the biases of IQ tests but still, the tests are not 100 percent unbiased. But, the mainstream tests still require the candidate to have basic knowledge of the language and other aspects.

There are several advantages and disadvantages of IQ testing. But it is very important to recall that a single score cannot assess the entire story of an individual. No single score to date is efficient enough to be generalizable enough for all forms of intelligence.

Emotional and behavioral factors can influence the score. Cultural contexts also play their part. With every advancement in IQ testing, it is becoming clearer that there is a long way to go. There is a lot that requires to be discovered yet. There is still a lot left to be learned.

5 Places Where You Can Find CBD Flowers

DIY Wedding Preparation: How to Design Your Own Invitations