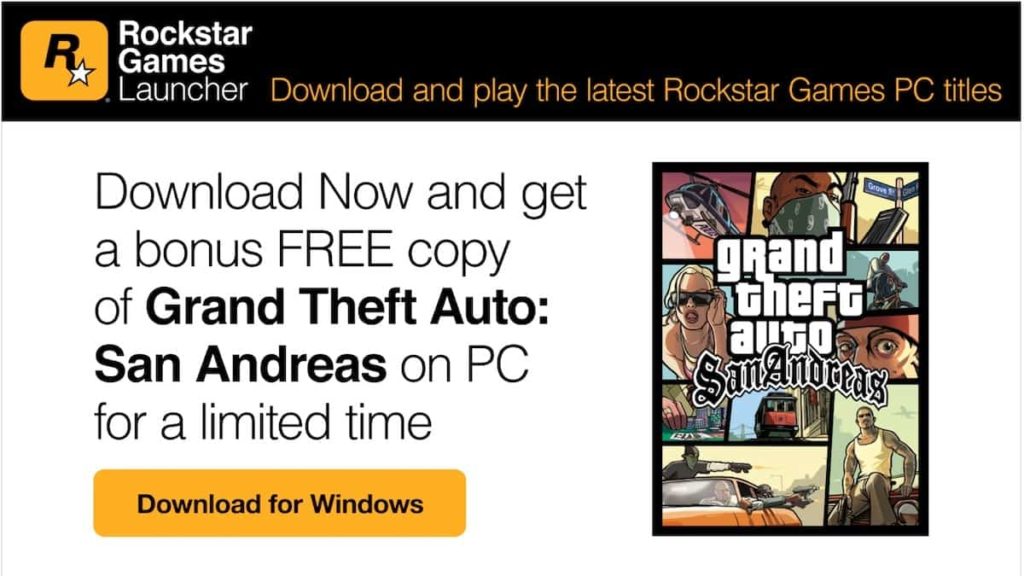 These days, it seems that every major game publisher out there wants to create a game store for its titles. Now, Rockstar Games has also decided to enter the fray by announcing its store, to be called Rockstar Games Launcher. This launcher allows users to bring together all the titles they own from Rockstar Games such as Grand Theft Auto V and San Andreas. It is also possible to buy games from the publisher directly via the launcher.

This launcher will also support cloud saves unlike the Epic Games Store when it first started. Rockstar Games will also offer automatic updates for selected titles and that is certainly going to be helpful for a lot of gamers. Additionally, they have announced that the launcher will also be supporting their games even if purchased elsewhere. So, gamers who bought discs of the games or purchased them from any other stores need not worry.

However, that’s not all. Those who download the launcher now will be given a free copy of GTA San Andreas. This digital copy can be played on PC and will be a permanent addition to your library. That alone makes the launcher worth a download.

Report Shows Millions at Risk Due To the Spanish Influenza