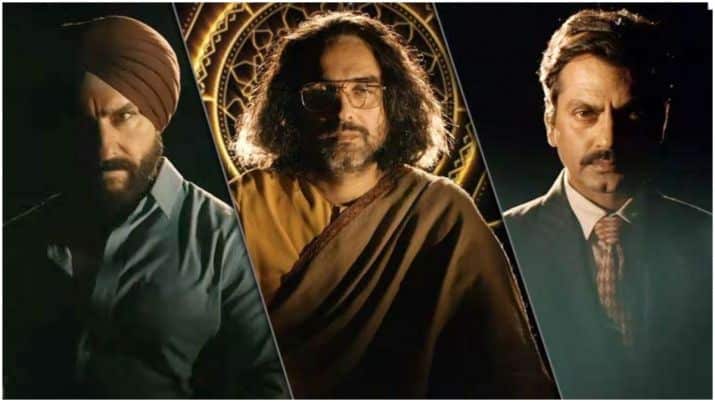 In an interview with Faridoon Shahryar, Nawazuddin Siddiqui opened up about the weaknesses of ‘Sacred Games 2’ which made the web series lose the previously created stir among its audience. In blatant and outright Nawazuddin style, the actor identified significant problems with ‘Sacred Games 2’ and probable reasons why the Netflix series found more criticism and less affection from its established fan base.

Faridoon Shahryar hosted Athiya Shetty and Nawazuddin Siddiqui to talk about their latest movie ‘Motichoor Chaknachoor’. Athiya Shetty mentioned that she had enjoyed watching Sacred games and said how the first season was a lot more soul-captivating than the second one.

When asked Shahryar about the reason why the second season failed to impress, Nawazuddin Siddiqui was quick to answer that the series went downhill when it ended up getting too much philosophical and preachy. He mentions how audiences love to watch things in action instead of listening to philosophies from different characters in the series.

Siddiqui also mentioned that ‘Sacred Games 2’ included a few new characters which didn’t quite fit in well and caused the series to reach a low point. He explains that the process of establishing the new characters and telling their philosophies caused the series to become dull and preachy. He emphasises on the fact that the first season was packed with action while the second season got too entangled in philosophies and explanation, leaving very little for work.

Nawazuddin Siddiqui plays the role of criminal overlord Ganesh Gaitonde in Sacred Games, which is a Netflix series. The second season was released on August 15, 2019. It was heavily criticised for being a slow and dull season with little to look forward to. Unlike the second season, the first season had enjoyed worldwide acclaim. Sacred Games is one of the top-rated shows with an IMDB rating of 8.9/10.