In a staggering turn of events, Indian Actor and famous Punjabi Singer Mika Singh has been banned from the Indian Film Industry by All India Cine Workers Association (AICWA).The singer allegedly performed at the family event of a close relative of former Pakistani President Pervez Musharraf held on 8th August in Karachi.

This comes in the backdrop of abrogation of Article 370 by the Indian Parliament and bifurcation of the state of Jammu and Kashmir into two Union Territories.This move had led to severe distortion of diplomatic ties between the two Asian Nations , India and Pakistan.

The association in a public statement  said that it will “make sure” no one in India works with the singer and that anyone who violates their order will face “legal consequences.” AICWA has also sought the intervention of Ministry of Information and Broadcasting’s in the said matter.Below is the copy of press release. 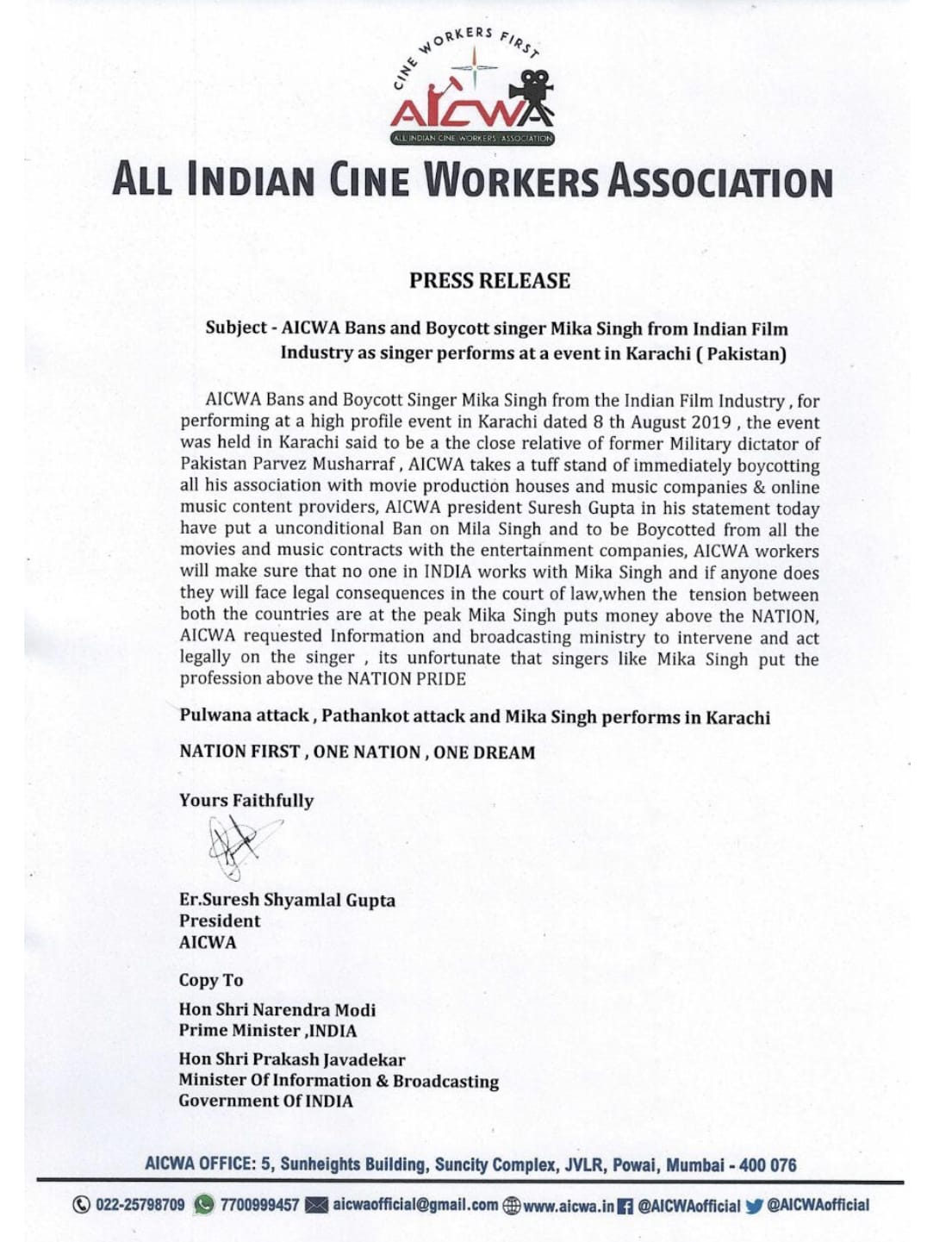 The video of the said event also surfaced online in which Mika Singh can be clearly seen performing.This provoked Twitterati and led to serious bashing of the singer.