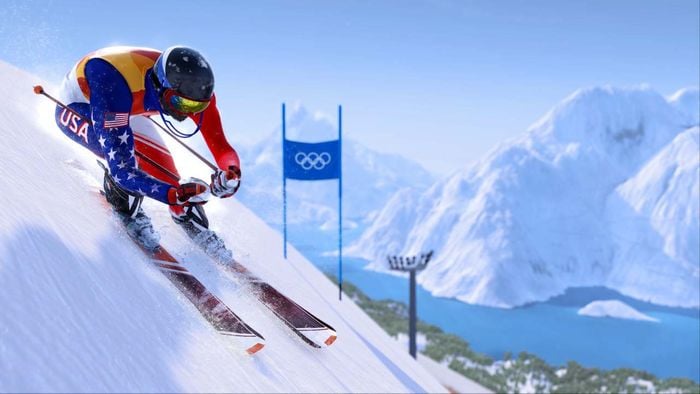 Initially, the Winter Olympics featured only five sports: bobsleigh, curling, ice hockey, Nordic skiing, and skating, but there are dozens of disciplines on the Winter Olympics’ schedule these days. The next Winter Olympics does not occur until February 2026, when it heads to Milan-Cortina d’Ampezzo. Four years is a long time to wait to get your Winter Olympics fix, so why not try this trio of video games based on the greatest winter sports festival in the world? Most people know the iconic video game characters Mario and Sonic the Hedgehog for their epic platform games, but they have also teamed up for a Winter Olympics title. Mario & Sonic at the Sochi 2014 Olympic Winter Games not only has one of the longest titles of a video game, but it is also entertaining and a more light-hearted take on competitive sport. Released on the Nintendo Wii in late 2013, this game sees you take on the AI and your friends across several winter sports, including skiing, figure skating, and bobsledding. It is also one of only a handful of titles that allows you to enjoy curling, a popular sport that is similar to bowls and boules but on ice!

Mario & Sonic at the Sochi 2014 Olympic Winter Games has stunning visuals, especially considering the game is nine years old but is often criticized for its lack of innovation from previous games in the series. However, it is available at a bargain price, which offsets any negativity surrounding the game.

Steep: Road to the Winter Olympics

Steep: Road to the Winter Olympics is the most recent game on our list, with Ubisoft releasing it for PlayStation 4, Xbox One, and Windows in 2017 as DLC, a year after Steep launched in December 2016. The game focuses on online multiplayer, so if competing against fellow gamers from around the world is something you enjoy, this title is one you need in your library.

The game has proven popular with winter sports games fans, with Ubisoft announcing in February 2019 that some 10 million people had played the game. Players compete over 12 events, including skiing and snowboarding. However, fans were disappointed by a lack of slalom and grand slalom events, with the game only offering faster, more exciting downhill races. Vancouver 2010 is the official Olympic video game of the 2010 Winter Olympics, which was held in Vancouver, British Columbia, Canada, in 2010. The game is available on Windows, PlayStation 3, and Xbox 360. This means you will need to use the consoles’ backward compatibility capabilities to enjoy the game today.

There are 14 sports across six key disciplines, including Alpine Skiing, Sledding, Freestyle skiing, Snowboarding, Ski Jumping, and Speed Skating. In addition, there are more than 30 challenges across those events that are unlocked as you complete tasks; some are very challenging.

While Vancouver 2010 is 12 years old and starting to show its age, the fact it is an official Olympics title means you can choose from one of 24 playable nations and see if you can bring home a coveted gold medal for your country. Most people never get to represent their country in any sport, but Vancouver 2010 makes that possible.