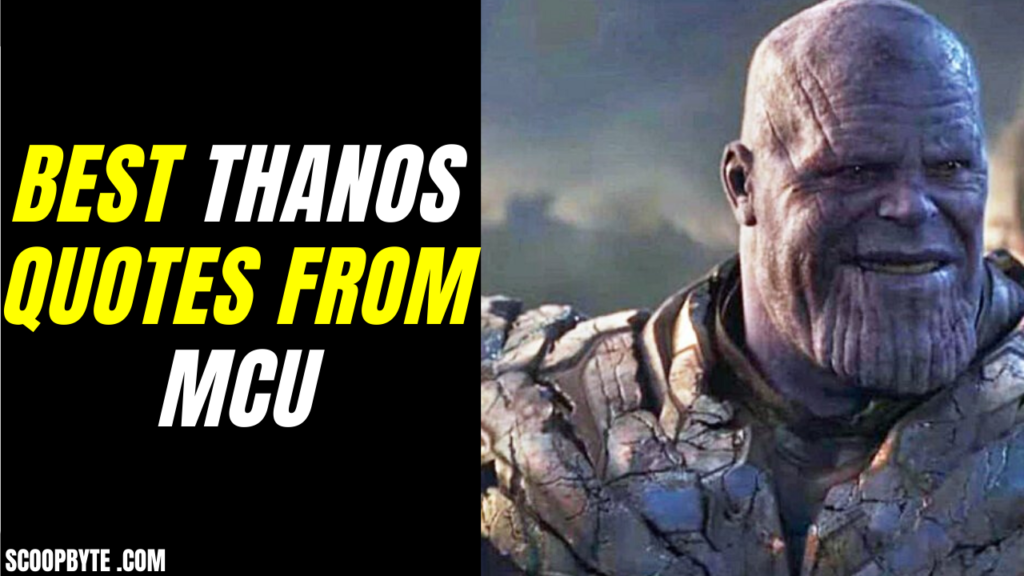 No other villain in the universe—Marvel’s Cinematic Universe that is—needed the combined forces of an entire roster of superheroes to defeat him. In Avengers: Infinity War (2018), Doctor Strange saw more than 14 million scenarios play out. And yet, the Avengers were only able to defeat him in just one.

Yes, Thanos is that powerful. When he had the Infinity Stones, a single snap from him can do so much! Everyone wants to hate him (and everyone does). At the same time, it’s hard not to bow down to how incredibly great he is as a character. Let’s do that right now.

We scoured through hours and hours of 2014’s Guardians of the Galaxy and the last three Avengers films for in search of Thanos’ absolute best moments. And there were some really memorable Thanos quotes from Infinity War and other films.

Disclaimer: All images have been obtained from website alphacoders.com

Thanos, Avengers and all the related characters are the sole copyrights of Marvel.

Are you as excited to look back at all of these notable quotes as we are? Without further ado, here are 25 famous Thanos quotes:

These famous Thanos quotes from Endgame, Infinity War, Age of Ultron, and Guardians of the Galaxy really struck us! Did these quotes from the Marvel Cinematic Universe’s most otherwordly villain stick with you as well? Do you have your own favorite Thanos quotes?