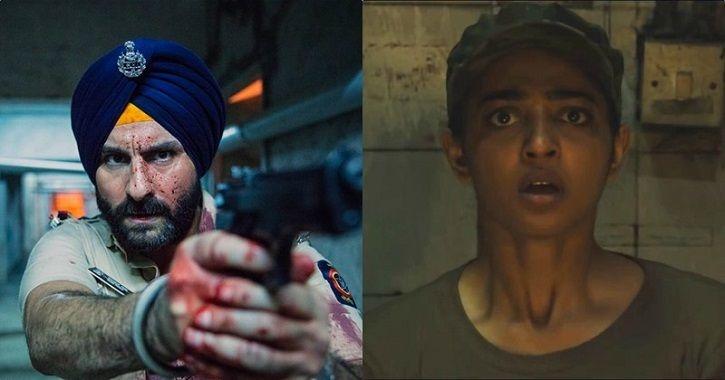 There is no better way to spend winter than curling up under the covers on the sofa and awesome binge-watching web-series! Thanks to the ever-growing web-series list, we will never run out of shows to watch this winter!

This web series is for people who love action-packed criminal dramas full of mystery. The storyline revolves around a Mumbai police officer named Sartaj Singh and Gaintonde, a notorious criminal who likens himself to God. Amidst all the crime, fighting, and deceit, Sartaj Singh finds a connection between himself and Gaintonde while saving Mumbai from his sins.

Mirzapur is another crime thriller series, and it has taken web-series fans by storm with a fantastic cast and captivating plot. Fans love it for the dramatic plot twists that surround guns, mafia, drugs, and mayhem. The story is about Akhandanand Tripathi, a carpet exporter who ends up being the mafia boss of Mirzapur. His son Munna who has dictatorial tendencies, then succeeds in his father’s reputation and continues the reckless legacy of chaos and lawlessness.

With its second season already announced, Delhi crime has won significant critical acclaim since the release of the first season. Written surrounding the most notorious rape case in India, this web series sheds light on the severity of rape cases happening in the capital. After watching a movie, a 23-year-old girl and her friend were brutally assaulted on a bus by a gang. The girl was gang-raped and attacked with an iron rod, and both were left naked on the road after the ordeal. The story is told from the perspective of the Delhi Police and how the case was handled.

This thriller stars esteemed and acclaimed actors such as Arjun Rampal, Anupriya Goenka, Javed Jaffrey, Sakshi Tanwar, Neeraj Kabi, and Vipin Sharma. This web series’ plot is set on a flight where Captain Karan Sachdev commits suicide, leaving the Skyline flight 502 pilotless and putting all 300 passengers at risk.  Watch as an ATS team lead by officer Kiran Mirza does all it takes to save all the passengers on board. This suspenseful and adrenaline-pumping adventure will keep you on your toes the entire time.

Kaushiki explores the realms of friendship, loyalty, and trust with a thrilling backdrop of crime. The show tells the story about a group of friends who seem reasonable on the outside but hides life-changing dark secrets. It shows how backstabbing untrustworthiness can puncture even the best of friendships and destroy the most high-class world of glamour. With its distinguished cast, Kaushiki also explores the human psyche.