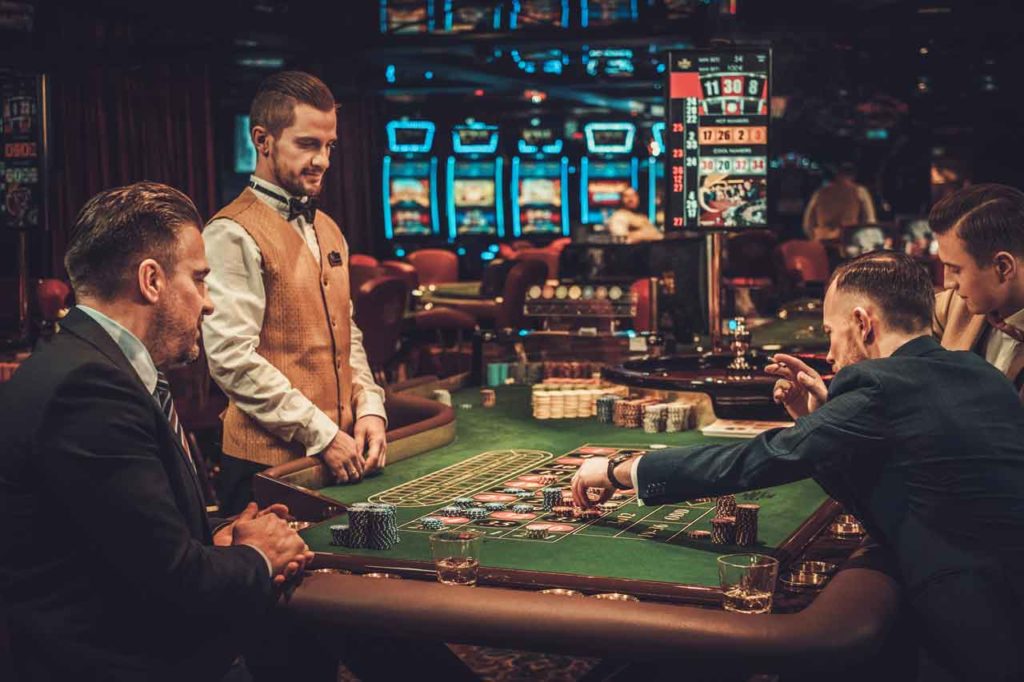 It is hard to imagine the modern world without gambling. Popular slots such as free online pokies where’s the gold and table games like baccarat, blackjack, poker, roulette, and others are available at almost all virtual and land-based casinos.

Now everyone may access web casinos and try all games from penny slots to craps.

It wasn’t always like this. Even in the 1990s, only some (typically, risk-takers or rich) people dared to visit land-based casinos. It was much easier to lose money than earn it. However, there were a few enthusiasts who could bring down the system. They successfully navigated through dangers and ended up as the richest gamblers in the world.

In this article, we would like to talk about players who risked going too far but won and became extremely famous.

Bill Benter was born in 1957 in Pennsylvania. He is a philanthropist and richest gambler still alive.

Mainly, he was focused on horse betting but also was interested in blackjack strategies. By playing this table game and betting on horse racing, Benter accomplished a feat many players failed to do. With a broad knowledge of mathematics, Bill could become a billionaire. His annual net worth is about $100 million — the sum he donates to charities in the USA and China.

China, particularly Hong Kong is the place where he moved to with another famous gambler — Alan Woods. As soon as the duo settled in Hong Kong, they started working on analytical software. It could predict the outcomes of horse races. The software was a success — years ahead of any other product on the gambling market.

There is one interesting fact about Bill’s life: after Benter read “Beat the Dealer”, he became a very successful blackjack player. His constant winnings made several Vegas casinos ban Bill from gambling as they discovered he was using one of the blackjack strategies, namely — card counting.

Zeljko Ranogajec (aka “Joker”) is an Australian man who made millions on casino games such as blackjack and keno. Besides, Zeljko was good at sports betting and horse racing.

Ranogajec could not be so successful if he did not study tax, banking, and finance at the university. Like Bill Benter, Zeljko took advantage of card counting in blackjack.

His starting bankroll was several hundred dollars, easily turned into millions in the end.

A famous punter was so good at card counting that he was banned from practically all casinos in Australia. Ranogajec still holds a record for the biggest win in keno — $7.5 million. Now his net worth is about $449 million.

Billy Walters is a famous millionaire who made a fortune by betting on sports events. He made his first bet at nine: Billy spent his pocket money.

By the time he was 22, Billy had lost approximately $50,000. But the high-roller did not lose his nerve and continued gambling until one day his luck seemed to change for the better. Walters started to earn millions by playing predominantly roulette.

In the 1980s, Billy joined the Computer Group. It happened right after he came back to sports betting. Walters is also famous for his more than 30 years winning streak. But before that, Billy made a career as a car salesman.

Now a 75-year-old man claims to have more than $100 million. He and his wife are noted philanthropists who donate to Opportunity Village — a charity for people with intellectual disabilities.

Known as the “Tiger Woods of Poker”, Phil Ivey is the most famous poker player.

Ivey started developing his poker skills by playing the casino game with colleagues from a telemarketing company in the 1990s.

Before becoming the Tiger Woods of Poker, Phil was given several nicknames. One of them is “No Home Jerome” because of the fake ID card he made to play poker in Atlantic City when he was a schoolboy. Another nickname Phil had — was “the Phenom”. He got it after winning three World Series of Poker bracelets in 2012. Now the man has ten bracelets. Like most famous gamblers, Phil Ivey is a philanthropist who donated considerable sums to Las Vegas charity for underprivileged children.

Today a famous poker player is involved in many charitable organizations which deal with child illiteracy and homelessness.

One of his remarkable projects is a partnership with the Make-A-Wish Foundation: Phil had to bring three children to one of the Las Vegas casinos. Each child got $100 and could play any table game.

Apart from charitable contributions, Ivey has created a “play for free” poker App that allows gamblers to compete with Phil and each other.

Another poker millionaire — Howard Lederer became famous not only for playing poker and winning two WSOP bracelets but also for helping other players master poker strategies.

Howard started his poker career after graduating from high school. Initially, he was interested in chess before recognizing his real passion — poker. His first attempt to qualify for a WSOP event was unsuccessful. In 1993, Lederer decided to focus on his poker career and moved to Las Vegas to be closer to casinos and practice.

After years of a successful poker career, Howard got the nickname “the Professor” because of his approach to poker and playing style. He and his wife — Suzie always take part in various charity poker events, including the April Fools fundraiser and Put a Bad Beat on Cancer. Suzie and Howard have hosted several charity tournaments named after them in 2009 and 2010 respectively.