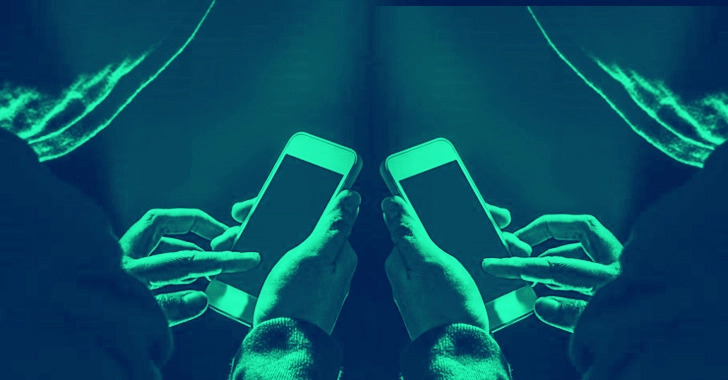 2022 Smartphone Hacking Statistics: What You Need to Know

Smartphones will be ubiquitous in 2022. Virtually everyone has one, and they are used for various activities- from making calls to accessing the internet. As such, they have become a popular target for hackers.

The phone number tracker app shows that over half of all Americans have been a victim of smartphone hacking, and the numbers are only growing.

In this article, we will take a look at some of the most interesting smartphone hacking statistics from that year.

Why Is Smartphone Hacking Dangerous? In today’s high-tech world, it’s no secret that our smartphones contain a wealth of personal information. As a result, our phones are a veritable treasure trove of data, from our contacts and calendars to our photos and social media accounts. And unfortunately, that makes them a prime target for hackers.

While some might view hacking as a harmless prank, the reality is that it can have serious consequences. For starters, hacked phones can be used to spy on their owners.

By gaining access to a person’s camera and microphone, hackers can turn their phone into a listening device, eavesdrop on conversations and even record sensitive information like passwords and credit card numbers.

In short, smartphone hacking is no laughing matter. On the contrary, it’s a serious security threat that can have far-reaching consequences.

So if you suspect that your phone has been hacked, be sure to take action immediately. Change your passwords, run a virus scan, and contact your carrier to see if they can help block the hacker. As we’ve seen in recent years, hacking is becoming increasingly sophisticated. And while it may seem like only big businesses or high-profile individuals are at risk, the truth is that anyone can be a target.

Smartphones are especially vulnerable to attack because they contain so much personal information and are often used to access sensitive data. That’s why it’s essential to be aware of the latest trends in smartphone hacking so you can protect yourself and your devices.

Here are some of the most notable trends in smartphone hacking for 2022:

There Will Be an Increase in Attacks on Android Devices

Hacking Android devices has been on the rise for a few years, and that trend is expected to continue in 2022. Risks have increased by 80% since 2019, and there are more than twice as many malware attacks on Android devices as on iOS devices.

There are a few reasons for this increase in attacks. First, Android is the most popular mobile operating system, so it’s a more attractive target for hackers. Second, Android is more open than iOS, which makes it easier for hackers to exploit vulnerabilities.

And finally, many Android devices are not as well-protected as iOS devices, so they’re more vulnerable to attack.

We’ve all been there. You mind your own business, scrolling through your Facebook feed when you see a post from your cousin saying, “Check out this awesome new game!”

Before you know it, you’re clicking on the link and downloading the game. But you didn’t realize that this “game” was a virus now taking over your phone.

This is a reality for many people, especially Android owners. In fact, according to a recent report from Kaspersky, more than 50% of Android antivirus programs don’t work. Unfortunately, this means that there are a lot of people out there who are vulnerable to attacks from hackers.

In 2022, Android smartphone malware attacks will be 50 times more common than iOS attacks. This is because Android is a more open platform, which makes it easier for hackers to target. However, iOS devices are not immune to attack – in fact, one in ten iOS devices will be hacked in 2022.

Hackers are constantly finding new ways to exploit vulnerabilities in both Android and iOS devices. To protect your device from being hacked, keep your operating system up to date, use a reputable security app, and avoid downloading apps from unknown sources.

According to a study by Kaspersky, text messages are the primary source of malware for smartphones. In 2018, text messages were responsible for more than half of all mobile malware infections.

Moreover, the number of text message-based attacks increased by 31% in 2019, and they are expected to continue to rise in 2022.

There are several reasons why text messages are such a popular attack vector for hackers. First, it is relatively easy to send mass texts without being detected.

Second, people are generally more likely to open and click on links in text messages than emails or other types of communication.

Finally, many people do not have adequate security measures on their smartphones, making them an easy target for hackers.

There Has Been a Significant Increase in Smartphone Hacking

It’s no secret that our smartphones are becoming increasingly powerful and sophisticated. With each new generation of devices comes greater processing power, storage capacity, and connectivity.

But as our phones become more advanced, so do the tools and techniques used by hackers to exploit them.

According to a recent report from Kaspersky Lab, there was a significant increase in smartphone hacking incidents in 2022. The number of attacks increased by nearly 50% compared to 2019.

This trend will likely continue in 2023 and beyond as more people rely on their smartphones for everything from work and communication to entertainment and shopping.

To conclude, the smartphone hacking statistics of 2022 show a significant increase in cybercrime. This is because smartphones are now more powerful than ever before.

As a result, hackers can target them more easily. To protect your smartphone, keeping your software up to date and using a reputable security app is essential.

Remember, cybercrime is on the rise, and it is crucial to be proactive about protecting your device. Stay safe out there! Thanks for reading!