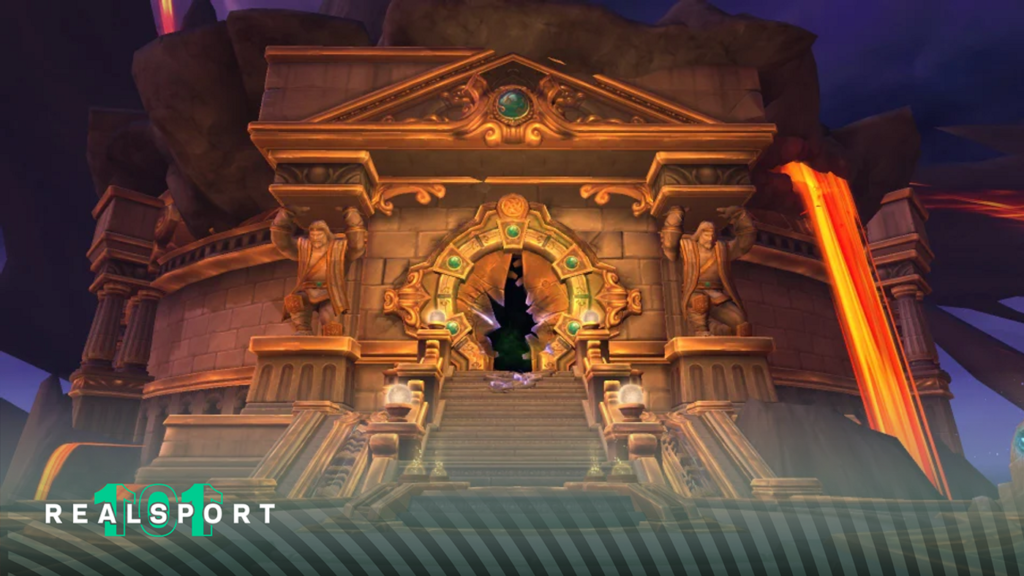 Following the August leak, publisher and developer Blizzard Entertainment has revealed the release date for the Dragonflight expansion for the World of Warcraft multiplayer role-playing game. The announcement was accompanied by a short trailer.

Recall that World of Warcraft: Dragonflight was presented in April and was expected to be released before the end of the year, but in August, fans still published the Activision Blizzard release schedule with a specific date – November 28th.

As it became known, Dragonflight will indeed go on sale on November 28th. Pre-orders are available now on Battle.net. Season 1 kicks off December 12th with the Vault of the Incarnates raid and a new PvP season.

According to the schedule, players will have to explore and discover the long-forgotten secrets of the Dragon Isles. It will be possible to do this in the role of a Draktir Awakener – the first combination of race and class in the history of World of Warcraft.

They promise four locations, dragon riding, redesigned talent, craft, and profession systems, an updated interface, an increase in the maximum level to 70, and eight new dungeons at launch.

This add-on will bring many changes to the Vault of the Incarnates Boosting, which should greatly increase the interest of the players.

In this article, we’ll take a look at what Blizzard has in store for us in this hotly anticipated expansion. According to official information, players around the world will have the opportunity to try out this raid on all available difficulty levels very soon. The release date has been set for December 12 this year. Raid Finder will become available for general use a little later – on December 19, exactly one week after the start of the main raid.

Thus, the release schedule for this raid will look like this:

Thaldraszus is one of the newest regions you will encounter in the Dragonflight expansion. It is also an area ruled by the Dragon Aspects, who are the leaders of all five dragon flights.

In this region, you can find a total of 12 dragon symbols that you can obtain to improve your dragon control and unlock new talents.

Vault of the Incarnates is First WoW Dragonflight Raid

Vault of the incarnates is the first raid in World of Warcraft Dragonflight, which, as mentioned earlier, will be available to players immediately after the release of the announced Dragonflight addon very soon.

As you know, the level range for this raid was standard – 70. However, this was true at the time of release, so in the end, this parameter may undergo some changes, as well as the Vault of the Incarnates Boosting in general.

This raid contains 8 new bosses (more on that later). You can pass this raid according to the standard at three levels: normal, heroic, and mythic. In addition, you can complete this raid using such a game tool as “raid search” when it is at the maximum level. After the release of the next expansion, this method will not be available.

You can get into it through the entrance, which is located on the continent of the Dragon Isles south of Algeth ‘ ar Academy and east of Tyrhold. It will be quite difficult to miss it, because, judging by the published pictures of the gaming space, the entrance will be located at the foot of a high mountain, shrouded in lava waterfalls. This location can look very tempting even for the most experienced WoW player, however, before starting the raid, you should make sure that you get a starting point with the same name as the raid itself.

Vault of the Incarnates Bosses

From the start of alpha testing, Dragonflight revealed the title and list bosses first raid these additions – then it turned out the vault of the Incarnates on the eight bosses in topics original inhabitants Draconic Islands. This place will become the climax of basic plot chain assignments additions.

Each of the new bosses will have a set of unique features that, on the one hand, will significantly change the gameplay and make it more fun. But, on the other hand, the more exciting the list of new bosses, the more likely it will be more difficult for the player to resist them. That is why for an accelerated votI boost, do not forget to contact the proven Vault of the Incarnates Boost services for help. Levels Items Vault of the Incarnates

Vault of the Incarnates brings a new loot feature to the game. Now there is a third level of items, in which the player can get them. Now the base level of items on normal difficulty is 389. Items of this level can be obtained from Terros, Sennarth, and Eranog . As you know, previously only the final bosses could provide items of such a high level. Now, in this raid, items of this level can be obtained already at the intermediate level for Dathea and Kurog .

In addition, the level of items obtained within the raid increases by 13 points for each increase in the difficulty level of the raid. For example, Heroic starts at 402, and Mythic starts at 415. Pretty good for a raid. For any player looking to get high-tier items and lighten the votI boost, this is definitely a pleasant bonus, among other things.

Unique booty in Vault of the Incarnates

Also, quite pleasant news for the players will be the appearance in this raid of such a phenomenon as unique loot from bosses. Some raid bosses, when destroyed, will specifically drop one item of a higher level than usual. Most likely, this will be a level increase of 6-7 units compared to the normal level of items dropped from a boss on a particular difficulty level, which will also transform votI boost.

Items with a higher level will be included in the categories of all items of the appearance of the hero, some items with a unique effect, or just ordinary accessories for the hero. This innovation will speed up the leveling of the character inside the game. However, to achieve maximum pumping speed, we recommend that you turn to such proven Vault of the Incarnates Boost services as Leprestore for help.

As a result, we have a rather interesting addition in terms of content, which should please players with exciting raids, locations, and bosses. This add-on will be released very soon, so everyone will be able to dive into it with their heads in just a few days. And we will continue to keep you up to date with the latest and most relevant WoW events, so stay tuned.