What are the Best Classic Video Games of All Time? 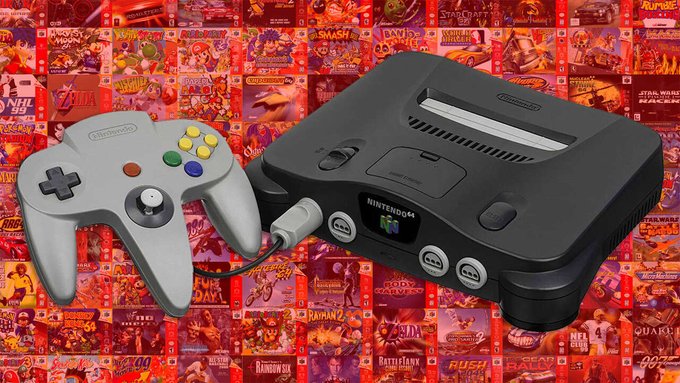 Video games have become the symbol of lazy people or couch potatoes, but the truth is that video games provide brain stimulation, which is why gamers end up playing the night through. Not only do these video games serve as a stimulator, but they are also beneficial in the development of skills related to problem-solving and are a great stress buster.

Don’t Get Addicted Towards Anything

Video games have often been labeled as addictive, hooking children and adults alike. And, though this may be true of some games, studies have shown that video games can actually have a lot of benefits for both your mind and body. New games have been developed to help patients suffering from strokes or other issues which affect motor skills. It just depends on picking the right kinds of games.

They Can Help Grow Your Mind

It is an established fact that video games help develop the mind in various ways. We have already discussed how video games are a stimulator for the mind. It helps in developing motor skills.

However, there are also a lot of mental benefits from gaming in addition to motor skill benefits. For instance, a puzzle game can help improve one’s ability to problem-solve. Or a game of FairGo casino USA can help improve your critical thinking skills; deciding whether to fold or keep going.

In short, you can term video games as a workout session for the mind. Recent studies point towards video games being responsible for increasing gray matter in the brain. What else can we ask for more? An active brain can do a lot of things. So, game away guys!!

We will discuss the classic games of all times that gamers have found intriguing. These games have been classics of all time! Here is a list of 15 video games that have been the best-liked throughout history. Let us see how many of you know about these games! Have fun recognizing and playing them again.

Tetris belongs to the genre Puzzle and is the oldest and the most famous game. It was formed by a Russian in 1984 who sold the rights and then got them back from Nintendo in 1996. It is a simple game of moving different shaped blocks to complete lines. If completed, the line disappears, and the player gets points.

If not, it forms blockades. The game ends when it is no longer possible to make any more lines. By 2011, Tetris had sold 202 million copies, 70 million physical units, and 130 million paid mobile downloads. It was granted the Guinness world record for the most ported game.

There are 20 games in this series starring the Nintendo mascot Mario and involving him and his brother Luigi escaping different perils in the Mushroom kingdom. A few games involve the rescue mission of Princess Peach. It’s a simple game franchise, much liked by children. It was first released in 1985.

This game is popular with people and children alike. It was first released in 1996 for Game Boy and later developed for many consoles, including mobile phones. By March 2022, the total number of units sold worldwide crossed 440 million. It is the third bestselling video games franchise.

In 2007, Eidos obtained rights from Warner Bro to make a video game from the comic character Batman and the original Batman creator Paul Dini wrote the initial games.

Pacman was developed in 1982 and gained popularity along with the development of computers. It is a maze arcade game enjoyed by children and adults alike. The female antagonist for Pacman was termed superior and was much appreciated.

As the name suggests, it is a war game based on military science fiction and debuted in 1996. Initially developed for Android, and later developed for the MAC OS, Nintendo, and later for Mass media. The game has been said to be a standard for Real-Time Strategy playing.

This is an MMORPG or Massively Multiplayer Role-Playing Game developed in 2004. It is a continuation of the series WarCraft franchise. The game allows the player to choose a player avatar, and it is all about fighting various monsters and collaborating with other players to conquer quests.

This is a much popular game series that is based on a film. It has been developed for consoles over time. Currently, it is an MMORPG. It was and still is the most played video game, especially by those who like to play space games.

First released in 1997, Fallout became a favorite with gamers of all ages. At first, it was a post-apocalyptic role-playing game, but later it was developed as an action-role-playing game, and now there is an MMORPG version.

This Japanese game can be generalized as a survival game series. It is all about surviving under horror conditions, like escaping from zombies. This game is responsible for returning zombies to horror movies. This game is the best-selling for Capcom and has sold more than 127 million copies worldwide. Resident Evil is scheduled to be released in 2023. The Legend of Zelda

Again, a Japanese game, it was released in 1996 and received great popularity. Centered on a boy, this game is about how he goes through grave dangers and adventures to save princess Zelda. It is an adventure game. Because of its vast popularity was included in the NES Classic Edition, consisting of the 30 most popular games. The game successfully sold 6.5 million copies worldwide.

Minecraft is a 3D computer game developed in 2011 and ported into different mediums. It is a simple relaxing game in which the player tries to build structures around certain terrains. It is one of the most popular games, with over 238 million copies sold and 140 million active players monthly.

Pac-Man has remained the most favorite game for years. It is the longest-running game in history and holds the records for the highest-grossing and best-selling video games in the video games franchises. It grossed US$ 14 billion. Originally it was an arcade game, but over the years, different versions came forward in the genre of platformers, racing, and sports. Still, the original version of Pac-Man remained the most popular.

We have discussed the benefits of playing video games, but it is equally necessary to discuss its drawbacks. We all are aware that excess of anything is wrong. Similarly, excess gaming is also bad and can have a negative impact on your mind.

Too much gaming might affect your emotional regulation, leading to anxiety attacks and depression. Where a moderate amount of playing video games increases your social interactions, too much of it captures you in a world of your own, which withdraws you from the realms of reality and other people. It can also lead you to dopamine addiction.

Not all video games are bad. They require discretion. You need to make sure that you do not play excessively. Allot yourself a time period to play these games. It will help you in calling the game off.

Where excessive use of these games is terrible, moderate and controlled playing helps stimulate your mind, improve cognitive skills, help you in taking quick decisions, and much more. Play video games, but please play safe!!