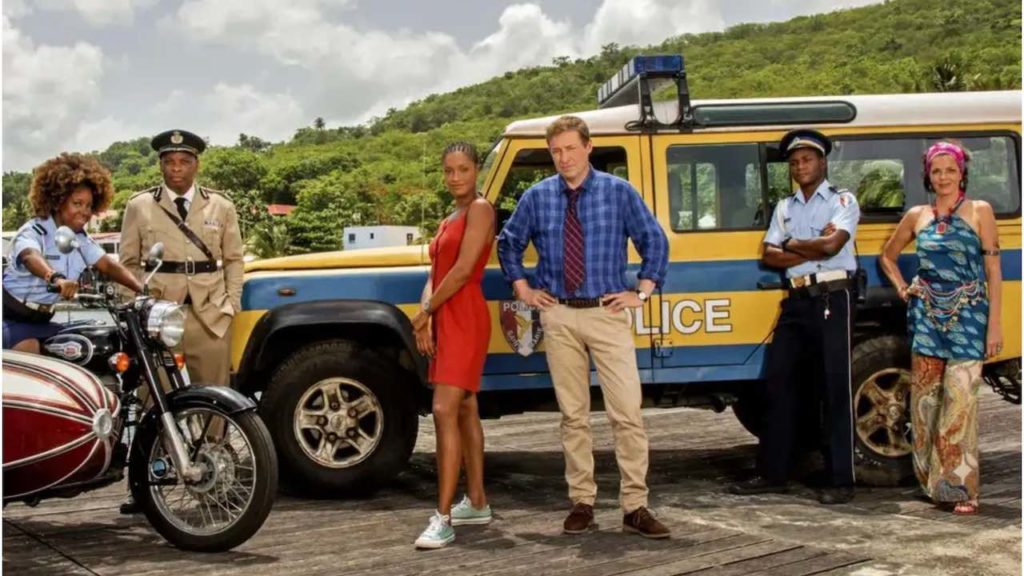 After a year’s wait, Death in Paradise (Season 9) is finally back with a twist in the very first episode. Last year, the show received a viewership of 8.42 million, where Mooney solved Adam’s murder case. In the climax of the season, after the mystery was solved, Mooney suddenly saw his daughter, Siobhan comes to the island.

What an unfortunate New Years’ Eve for the woman who got stabbed before joining the celebration. This season, Mooney is to find out who is the man behind the mask. What we also will watch over the season is what Siobhan was doing on the island.

From season 1 to season 8, we have seen a lot of change in characters in the show. This also includes the DI, and season 9 will have a 4th officer coming in that position too.

We have Ralf Little playing the next DI, named Neville Parker. We will see Mooney leave sometime this season.

Following are supposed to be the main characters returning this season:

The woman, Vanessa, who got murdered in episode 1, was played by Amanda Hale while Elliot Cowan plays the role of her husband, Aaron McCormack.

The rest of the star cast for the season goes this way:

We have been witnessing murders at Saint Marie ever since 25th October 2011, when the first season of Death in Paradise came out. Yet, we have the same excitement to see what this season has for us. Let’s see when how Neville Parker takes over the show from Ardal O’Hanlon.

Should You Be Afraid Of The Dark Web

How Did Smartphones Change Our Lives?