Gaming Technology You Need in 2021 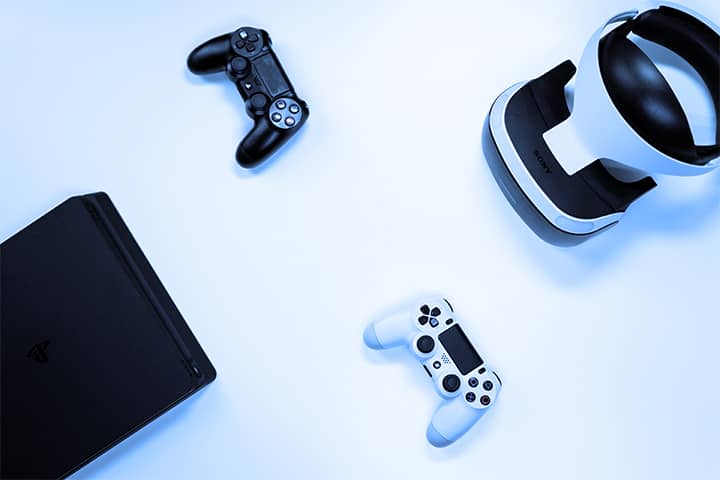 Computer gaming has come a long way from the initial Tetris and Pacman days. Today, gaming is a global industry worth $100 billion. Trade gurus estimate that the worth of the gaming industry is more than the combined worth of movie and the music industry, and now it is considered as the king of the entertainment industry. However, gaming had a very humble beginning and as a matter of fact, the first game was made in a lab. The first instance of an actual computer game was made by a British professor A.S Douglas by the name of “OXO,” which was the digital form of tic-tac-toe, as part of his doctoral thesis at the University of Cambridge. While in 1958, the iconic “Tennis for Two” was made that is considered to be the first commercial video game. A Brief History of Gaming

By 1962, Steve Russell of MIT made a full-fledged computer game called “Space Wars” which had the functionality to be installed on multiple machines. This game was made for PDP 1 (Program Data Processor 1) which was a cutting-edge piece of technology back in the day. Then, came the age of console gaming, which was rooted in The Brown Box, a device developed at Sanders Associate, headed by Ralph Baer who is also considered as the father of video games. Baer sold this device to Magnox, which introduced it into the market as Odyssey, which was the first commercial gaming console. And one of these Odyssey games became an inspiration for the revolutionary game “Pong” made by Atari, which was the first Arcade game in 1972.

After this, there was a surge in video gaming and it became a proper industry with and more companies investing stakes in it. During this time, we saw the emergence of iconic Japanese video game companies like Nintendo and soon this trend reached the United States when Nintendo developed “Donkey Kong” for the US market. The United States also started developing their own games and Activision was the first commercial video game company that originated from the US that only made software without developing their own console. Although the North American video game market suffered from a crash as well back in 1983 due to oversaturation, this made many game developing companies go bankrupt.

Dawn of Gaming: Consoles, PlayStation and Beyond

After the 90s, the gaming industry never looked back and when Sony stepped in, it proved to be a major game-changer with its PlayStation – a gaming console that had the processing power which was never experienced before. Sony then made the second iteration of this in the form of PlayStation 2, which is still the best-selling console in history to date. With the launch of PlayStation 2, Microsoft decided to compete with Sony with their own console The Xbox, even though it was no match for PlayStation 2’s popularity.

Microsoft learned from its mistakes and the next-gen console they made completely captured the market from Sony, which was the iconic Xbox 360. By 2008, Sony and Xbox were considered as the main stakeholders in the gaming industry, while PC had its own consumer base which was separate from them. The same was the case with Nintendo that was making its own consoles for their dedicated fan base, and to this date, this war of supremacy in the gaming community is going on.

Today, we are seeing that the trend is shifting towards the online world. The internet is a technology that has become cheaper and easily accessible to everyone. Service providers are constantly rolling out high-speed internet plans at low costs, e.g. Cox internet plans, which are very economical. Due to this, the vast consumer base of the internet has taken an interest in the gaming industry as well, and today, we see that e-Sports tournaments and competitive gaming is done online. We are seeing new technologies in games that allow even 100 players to play together in the infamous “Battle Royale” that has become the standard of every game. Plus, multiplayer gaming wouldn’t be possible without the internet.

In this article, we are going to look at current gaming trends in 2021 and what it holds for the future.

As the internet is taking over all the industries of the world, the same situation is with the gaming industry. Where before, gamers had to upgrade their PC specs or switch to the latest gaming console in order to play their favorite upcoming games, they don’t have to worry about any of it anymore due to the invention of cloud gaming. Although it’s still a new technology, it’s gaining momentum rapidly. Cloud gaming allows you to play your favorite games over the internet regardless of the specification or the platform required for that game. It can be considered as a streaming technology but for gaming, and we have seen recent products like these including the most notable one being “Google Stadia” which allows you to play your favorite games over the web.

AR Gaming is the combination of Augmented Reality and Gaming. In simple words, it is a technology that enhances the gaming experience by merging real-life with the digital world. It allows you to see digital content like images, videos, and text in a real-life environment. Augmented Reality is a technology that overlays virtual images on top of real-life scenarios. This technology has been in use for more than two decades but has only seen growth after Facebook acquired Oculus VR in 2014. Facebook’s acquisition of Oculus VR led to a rise in the popularity of Augmented Reality. Now, there are headsets like HTC Vive and Oculus Rift plus many games are now VR compatible. Apart from these expensive pieces of equipment, AR is also being integrated into smartphone games that use the smartphone’s camera to project imagery in the real world. The most popular example of this is “Pokémon GO.” Smartphones have become a gadget that everyone possesses, nowadays. Technological advancements have increased their processing power even more than some standard computers. Mobile games have been around ever since smartphones were created but for a while, these games were simple and were merely made for users to pass their time. However, when operating systems like Android and iOS were introduced, the mobile gaming industry took a turn for the better. Developers started making heavy games with better graphics and storylines. Today, the mobile gaming industry in the US alone stands at $15.1 billion, and most games are played on mobile phones because no one wants to stick to their TV or computer screens, and gaming on the go is the new trend. An example of this is “PUBG,” a popular mobile game that has 34 million registered users currently.

Even though gaming has come a long way from its initial form of 8-bit dots, it still has a long way to go. The inclusion of the internet and the boom of online gaming are just starting. Apart from that, the avenues of Augmented and Virtual Reality in gaming are mostly unexplored and can prove to be a huge game-changer. While we strongly believe that cloud and mobile computing are the future, it’s a long time coming that gaming becomes a portable medium of entertainment without hardware limitations.