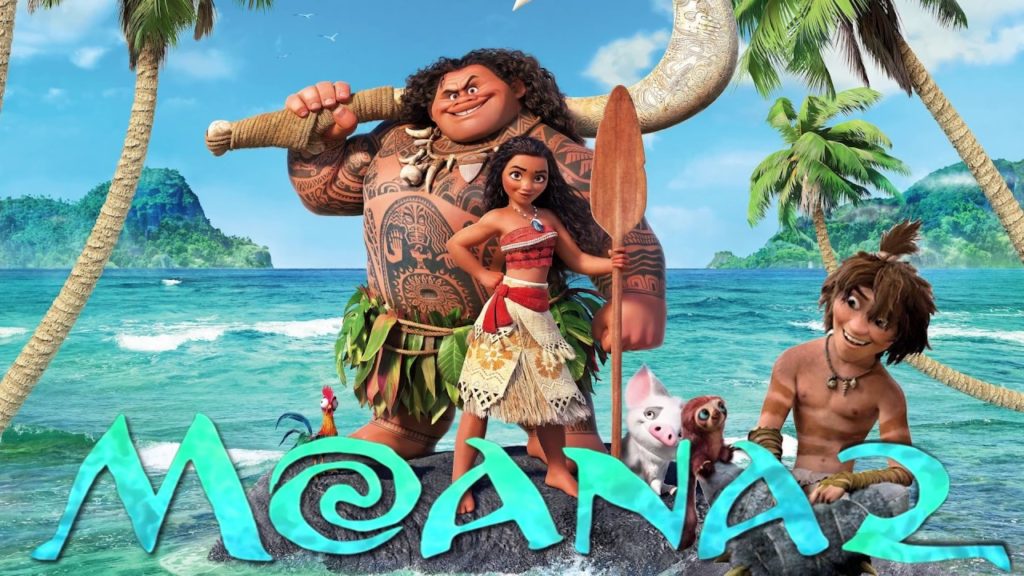 Disney movies are a treasure trove of happiness for the audience. Let it be Zootopia, Frozen, or any other, Disney never fails to entice the fans with its brilliantly animated movies.

One of the Disney masterpieces that skyrocketed the studio’s success is Moana.

The movie hit the silver screen in 2016 and instantly became a landmark for Disney.

Moana’s net earnings crossed $643 million worldwide, which was the fourth-highest for Disney.

The film also earned nominations for the Best Animated Feature Film of the Year and Best Original Song at the 2017 Oscars.

All of this intrigued the fans, and since then, they have been waiting for Moana 2.

This is the most anticipated question from the fans after the marvelous success of Moana.

But, sadly, there has been no official announcement of the production of Moana 2.

However, some sources suggest that the studio is in talks with Dwayne Johnson (Maui) and Auli’I (Moana) about the sequel.

What’s interesting is the fact that Disney has left some empty slots in its movie calendar for 2022.

This was speculated to be an indication that Moana may be ready for a surprise release.

However, since there is no word on the production either, a release in 2022 is totally out of the equation.

What may Moana 2 bring for the fans?

The prequel led Moana Waialiki onto a journey looking for the demigod Maui. Her sole purpose was to persuade Maui to return the relic to Te Fiti (the goddess) and consequently help her people.

The fans witness Moana fulfilling her purpose in the movie. Moreover, she returns as a master Wayfinder post her adventurous voyage alongside Maui.

The franchise connoisseurs say that the speculated sequel may begin from this point.

The sequel may also show Moana and Maui getting into a relationship along with the introduction of the main antagonist.

Just like the first chapter, some characters and their respective voices will indeed return, such as:

While there is no official news on Moana 2, Disney has confirmed that a TV series titled Moana: The Series is currently in works.

Just Announced: @DisneyAnimation’s first-ever original animated series are coming to @DisneyPlus: Baymax!, Zootopia+, and Tiana are coming in 2022, and Moana, the series, in 2023. pic.twitter.com/s7aOht4uU6

Along with Moana other animated movies such as Baymax! , Zootopia+, and Tiana are also getting their respective series on Disney+.

However Moana: The Series is also expected to not release until 2023.

If Moana 2 gets a release date, it will surely be delightful to watch for the fans.

However fans might have to content with Moana:The Series for the time being. That too will not release until 2023.

If you are one of those die-hard lovers of Disney animated movies, it is best to hold your horses, sit back, and watch Moana over and over till some concrete news surfaces.

You can also do more fun things to pass the time while you wait for the movie to come out. When you view the movie, you can select your favorite stills to upload them to customsticker.com to create beautiful die-cut stickers to decorate your computer, musical instruments, water glasses, closets, etc. The custom stills die-cut stickers are also a visual treat for fans when you stick them anywhere. Furthermore, you also can upload the character images to GS-JJ to create personalized characters lapel pins, and you can use them to adorn your items such as denim jackets and bags to add points to your overall look, which is also a delight for fans. Waiting for the release date in some fun experience is much easier and more fun rather than doing nothing during waiting. Don’t believe me? Let’s try!