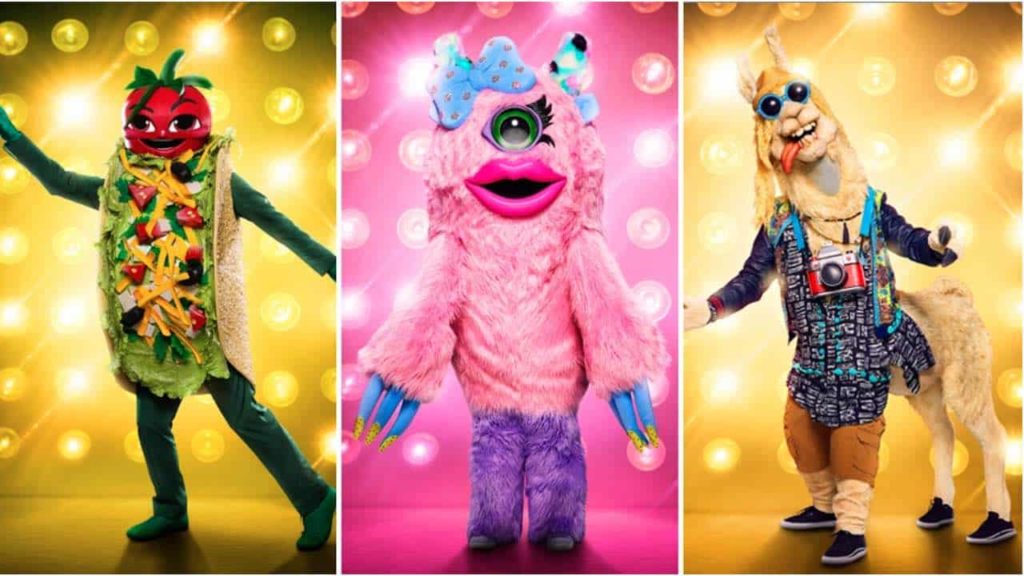 Well, well, well! Your favourite reality singing TV series is back with a bang. YEAH!! You heard that. The Masked Singer is ready to rock again this year with its season 3. Along with this, the show will also introduce some new costumes. It is in the news that a total of 18 costumes are in store for return in the program. Some of the trendy and classy costumes among all 18 are a cat, taco, banana, kangaroo, frog, and hipster lama. Plus, All these weird yet funny costumes are designed by Maria Toybina, who is an Emmy award-winner.

The Masked Singer Season 3 has some weirdest costumes

The Masked Singer features various celebrities with toe-to-head costumes. Additionally, the dresses are like this to conceal their identity from everyone around them on the show. Moreover, the fact that the identity of the person is hidden behind that mask keeps the competition unbiased. The judges, along with the audience, vote for the best performance. If a participant enters elimination, he or she has to take off that mask and reveal his or her identity. The panellists and the audience are provided hints all along with the program to guess the celebrity.

Nick Cannon is the host of the program from its first season. Moreover, the judges’ panel includes Ken Jeong, Robin Thicke, Jenny McCarthy, and Nicole Scherzinger. They all are also the same since the beginning fo the show in January 2019.

Apart from all this, the costumes that are new this time are a bit different from the ones before. There are some unique features about the costumes like the kangaroo includes sparkling silver boxing gloves. In addition to this, the frog costume has a purple zoot suit. Along with this, many other costumes will be a part of the show. The premiere episode of The Masked Singer Season 3 will air on February 2, 2020.

Xbox One: Is it possible to know the number of hours played?