6 Ways To Make Money While Gaming 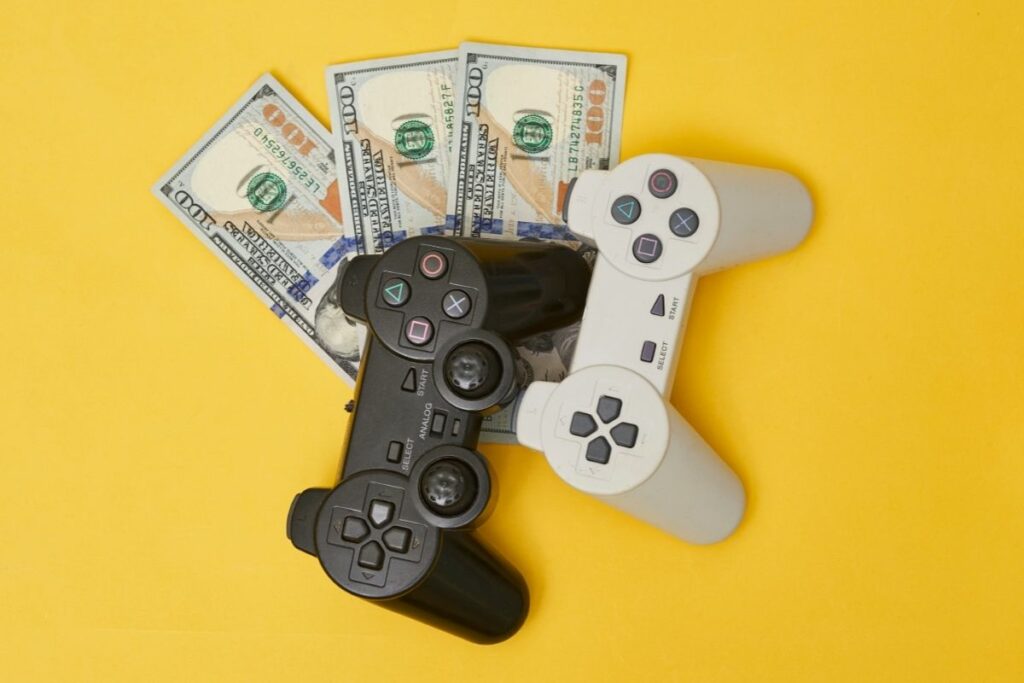 The internet has opened up hundreds of new avenues for people to earn money sitting at the comfort of their homes. From content writing to creating YouTube videos, the world has seen it all.

While all the opportunities require considerable hard work and consistency, there is one which can be equally fun. Yes, we are talking about making money whilst playing your favorite games. Obviously, this also requires years of backbreaking work (often literally) before you can start earning.

At the end of this article, you will learn 6 ways to make money while gaming. Let’s dive straight into it then.

Live streaming is when a gamer streams their game play online for their audience to see in real time. The money factor comes in when the gamer can monetize his streams. Twitch and YouTube are the two biggest streaming platforms used by gamers.

If you look at PewDiePie’s YouTube stats, you will be amazed (he live streams his game play). The key to earning money from streaming is to build a loyal audience that keeps coming back. This is easier said than done. You will need to have your own unique style of gaming to attract viewers. The development of any game goes through various stages, one of which is testing. Once the developers have a product ready, they need gamers to play those games and test if there are any bugs which they come across.

For game testing, these developers look for such gamers who will play those games in a specific manner that the developers tell them so as to identify bugs. The money is not that great but it is a good starting point. The ideal way to maximize your earnings with game testing would be to try and become an internal tester at a development company.

This is another good starting point for people who are avid gamers and have substantial knowledge about various popular games. Newbie gamers who play the biggest games are always on the lookout for gaming guides and tips online.

The content around gaming can be in the form of blogs, videos or ebooks. The blogs and videos can be monetized using various ads, affiliate links and other means. Ebooks often act as a steady source of income if they hit the right chord with the target readership.

Online casinos are mushrooming far and wide presently. However, in order to make money playing casino games you need to be aware of the rules of the games in detail.

Games like slot machines involve a lot of luck and cannot be a stable source of income. However, skill based games like Poker and Blackjack can be a good source if you play your cards right.

In fact, a lot of no deposit casino bonuses give new players a chance to try their luck without a lot of risks. You can check out https://onlinecasinomitstartguthaben.org/bonus-ohne-einzahlung/ for a whole list of such casinos.

Any one with some basic writing skills and gaming knowledge can try their hand at games journalism. This is not to say that this is easy but it certainly involves less extraneous work as compared to starting your own content platform through blogs or YouTube.

As a game journalist, you would be paid by already established portals that post content around gaming for writing posts that either review games or give news about upcoming launches and similar content.

The payment terms can be negotiated between you and the outlet. You can choose to work either as a freelancer or full-time employee. Initial pay may be less but over time, you can charge a lot of money for your content. We mentioned this at the end because this is not for everyone. Even the most accomplished players may not be great at winning championships. This can at best be considered a side interest for some.

Fighting games and chess tournaments are the ones which have a large pool of prize money. But as we stated earlier, it is not everyone’s cup of tea. However, a lot of college students do make some money from these tournaments and hence this deserves a mention in the top 6.

Gaming as an activity became popular as it allowed players to get away from the pressures of life for a few moments. Trying to make money from gaming is not different from trying to do so from any other activity – it involves work.

Often, it has been seen that once gaming becomes a source of revenue, gamers start thinking of it as work and do not get the same level of satisfaction from the activity. This can be avoided by effective planning.