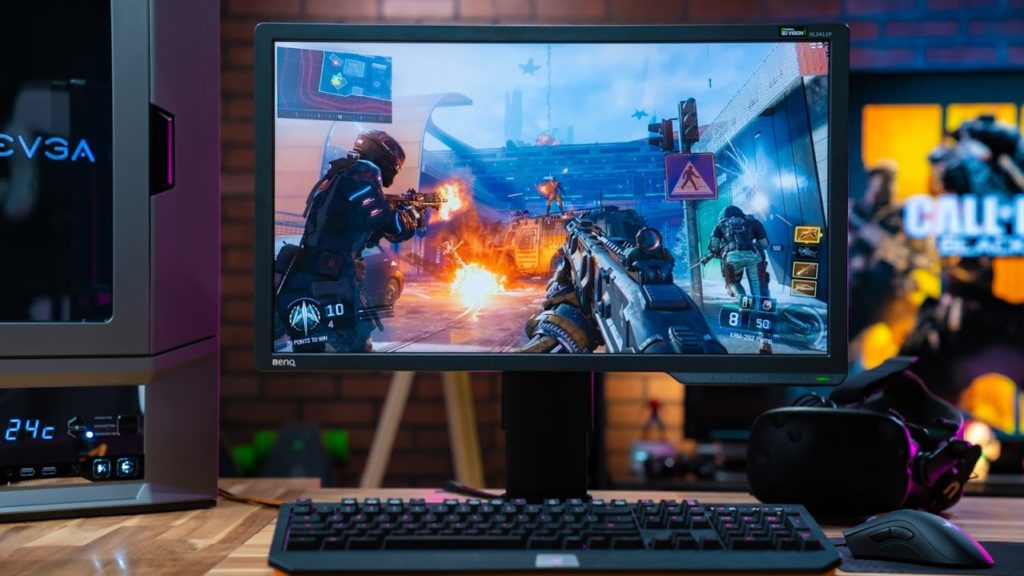 We’ve all seen advertisements for specialized gaming products, and for those not familiar with the specifics, the informational overload this produces can be overwhelming. What helps everyone, what is superfluous, what might aid specific users, and which items are just straight terrible? These are tricky questions, but they’re also ones where you can quickly understand the most important concepts. To help readers out, we decided to cover two of the most popular options, to illustrate the standout factors and features that a gamer needs to know.

One of the most expensive parts of a computer and one which we see is most often misunderstood, is the monitor. The biggest mistake or oversight we see is people trying to use televisions for serious gameplay sessions. This is not ideal on a console, and it’s an outright killer on a PC. There are two key components for problematic results here that players need to understand, latency and refresh rate.

Latency refers to the amount of time it takes for action like a button press to be displayed on a screen. This time is measured in milliseconds, where the best performance is found in getting as close to 1ms as possible. Televisions tend to have game mode settings to help this along, but these are still not ideal, often running towards 9ms and harming visual clarity with this setting enabled. Look for low latency if you’re buying a PC monitor, and if you have a monitor but play console games competitively, consider connecting your console to your PC instead. You’ll need headphones for audio, but the faster response can be worth it. Refresh rate is more important on PCs, as higher refresh rates are only really just now being tried on consoles. The term refers to the number of times a monitor display is updated each second. A 60hz monitor can update up to 60 times a second, a 144hz monitor 144 times, and so on. This is important because the more times a monitor refreshes, the easier it is to distinguish details and even react to changes. Just keep in mind that refresh rate is limited by a game’s FPS (frames per second), so if your computer can’t output 144 FPS in a title, a 144Hz monitor might be useless.

While keyboard performance is largely (but not entirely) a matter of comfort, mice tend to be a bit more complicated, and a lot weirder. From the simple three-button to the 19-button monstrosity, choosing the right fit often requires a lot of investigation.

As with monitors, latency is going to be a big concern here, where too much lag is going to make you essentially play a step behind. After this point, players also need to consider what type of games they enjoy the most. While a mouse with a lot of buttons is going to be useful for MMORPG fans, it could just get in the way for shooter players, for example.

Once you have a general idea, readers should check out professional gaming reviews to see which parts mattered the most to the experts. Mice that look identical on paper can be very different in the real world, with classic mice, budget mice, ergonomic mice, and pro player mice all having different ups and downs. Read carefully, and consider heading to a computer store to see if there are any display models, to try one in your hand before making a purchase. The final best advice we can give for buying a mouse or a monitor is not to rush into the first system that meets your criteria. If a deal seems too good to be true it could very well be, so check out reviews, reports, and the opinions of early adopters. A good mouse or monitor is going to last you for years, so you don’t want to be left with the regret of what could have been.