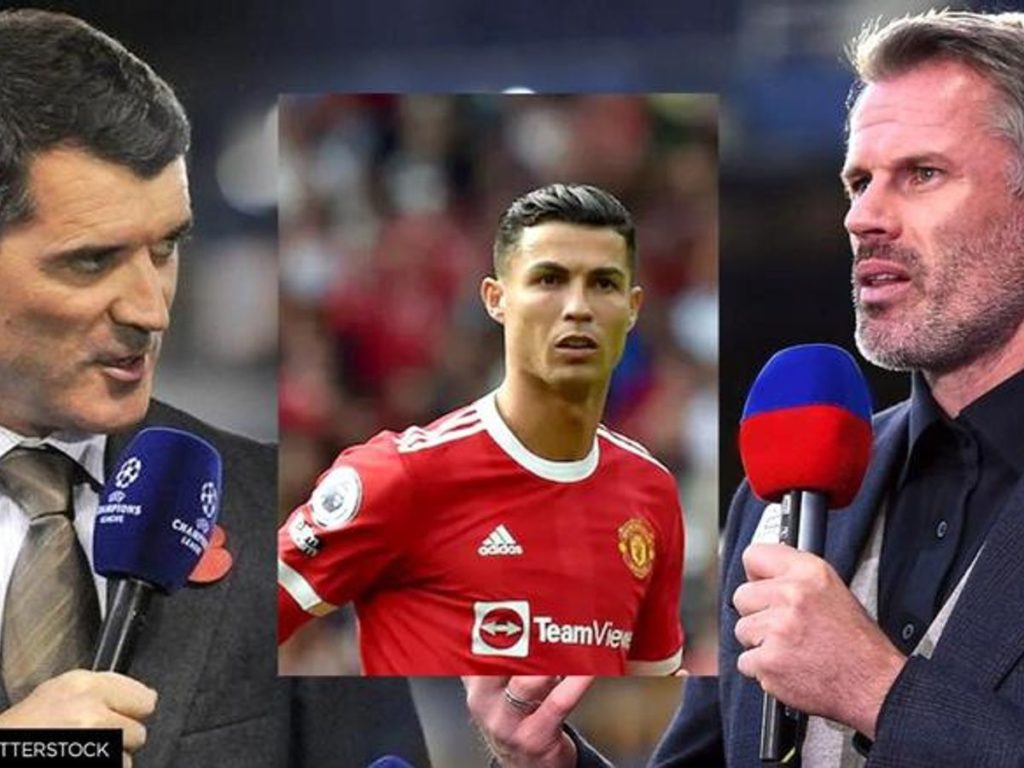 Kate Richardson is a sport betting expert and a sports enthusiast, she writes for MightyTips where she gives a credible and comprehensive analysis on big matches and makes reliable predictions as well as carries out a thorough review of kuwait betting sites that punters can rely on when wagering for their favorite teams. If you want to know how to get a better chance of winning in Kuwait, it’s time to take advantage of the tips and advice on mightytips.com. It is not just at mightytips.com that Cristiano Ronaldo factor is igniting debate; there was a heated talk between Roy Keane and Jamie Carragher over the player starting for Manchester United. The debate emanated from the benching of the player during the Chelsea vs Manchester United game where the final score was a 1-1 draw.

Roy Keane was opposing the benching of Ronaldo during the game arguing that he did not come back to his former team to sit on the bench. On the other hand, Jamie Carragher argued that people were taking the story too far. There is no big story with Cristiano Ronaldo being benched. Carragher was of the idea that any player can start the game and it is not a big story if he did not start.

Should Ronaldo be an automatic starter?

When the name Cristiano Ronaldo is mentioned what comes into many people’s minds is:

He has proved himself as a great player which most teams would want to be on their side. The player has been awarded several titles including being the player of the year for several years. He had won the most prestigious football award, the French Football Golden Ball for a record five times.

The only player who has won the award more times than Ronaldo is Lionel Messi. By any means, we are talking about a great player but the question Carragher would like us to explore is whether he should be in the starting lineup all the time. Any coach worth his name will tell you that a great striker needs to be in the field most of the time unless there is something that may lead to a contrary decision.

Ronaldo has scored one of the highest goals during his career and chances are high that he can convert the passes into goals. However, the question of age is supposed to be considered when selecting a squad. Ronaldo is now 36 years old and this may be the factor that has led to his benching in a crucial match such as Chelsea’s. Carragher is of the idea that the caretaker manager, Carrick did not err in benching him and making him one of the substitutes during the Stamford Bridge match. Instead, he chose Jadon Sancho, Rashford, and Bruno Fernades as the front players. Ronaldo was later to join them when Sancho was rested. Sancho’s goal had put Manchester United in the lead but a Jorginho penalty canceled the winning effect. Analysts have it that the entrance of Ronaldo did not ignite much confidence in players, he made little impact on the game.

Ronaldo’s omission seemed not to auger well with Keane; he felt that the former Juventus star should be an automatic starter. According to Kaene, hiring Ronaldo from his former team was supposed to change Manchester United and therefore benching him was a wrong idea.

What should the new Manchester United coach do with Cristiano Ronaldo?

This is a question that Roy Keane asked several times, arguing that he should “play him and more so start him”. Keane argues that Ronaldo should only leave the field when the final whistle goes. Many would agree with his sentiments but every player lasts for so long. As Carragher puts it, Ronaldo is not very far from retirement and his star may be dimming, he almost said that Manchester erred in hiring him, especially at this age.

Some have said that since the player came to the Red Devils the team has been on a downward spiral where they have lost matches that many would have expected to win. If the younger Ronaldo was playing perhaps things would have been different. This debate almost resulted in an ugly scene. A photo taken by Sky Sports shows agitated pundits who were almost to a point of exchange.

Jamie Carragher is not new to controversy, he has had some issues. We have had a situation where people ask why Carragher was suspended. For those who may not be privy to why was Carragher suspended, it was out of an incident where he was filmed spitting at a fan and his daughter after Manchester United defeated Liverpool on a Saturday match.

Sky Sports announced that they had taken the matter seriously and strongly condemned Jamie Carragher’s action. Sky Sports added that they have relieved him of his duties, terming his action as falling way below the sports media outlet’s expectations. He was later to be readmitted after five months’ suspension. He resumed his sports punditry role during the 2018/19 premier league season.

As MightyTips experts put it, perhaps we have not seen the best of Cristiano Ronaldo, maybe he will prove himself as the match goes but until that many will continue to ask the question where he should start. And answers will be varied as evidenced by Jamie –Keane heated debate.