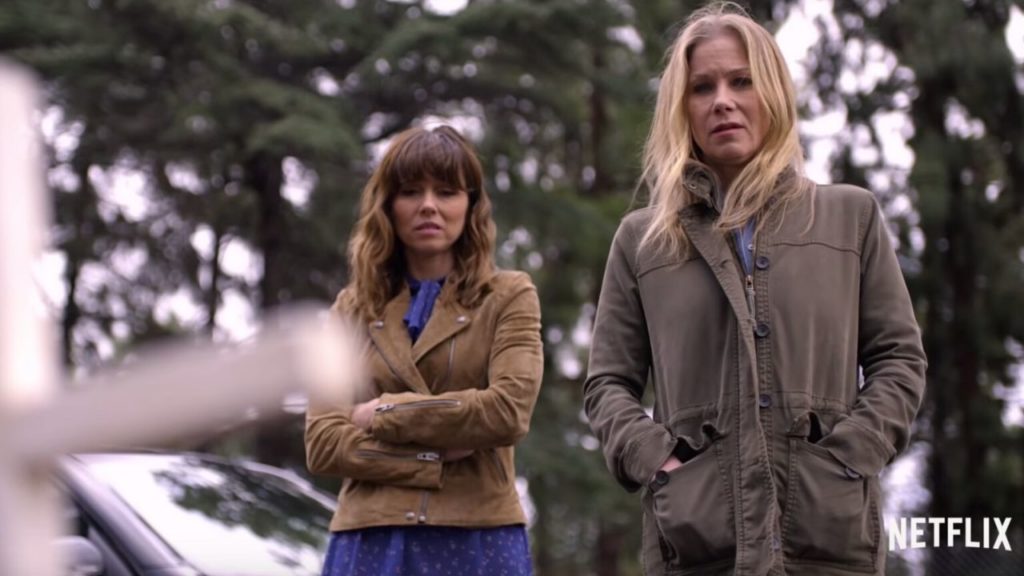 The dark comedy series Dead to Me season 2 is confirmed to release on Netflix pretty soon.

The first season of the show was an instant hit among the viewers.

So, within a month of its release, it was renewed for the second season.

Christina Applegate and Linda Cardellini are the main lead actors in the series.

What is the expected release date of the show?

We expect a quick release of the show since it was instantly renewed.

Season one premiered on Netflix in May 2019.

The shooting of season two ended in December 2019. So, the expected waiting time will be over in the summer of 2020.

Who will be returning to Dead to Me season 2?

The lead actresses of the show will reprise their roles as Jen and Judy.

We will get to see Christina Applegate and Linda Cardellini have fun in the dark comedy.

In season 1, both the women get acquainted at a grief counseling seminar and end up becoming fast friends.

We won’t see James Marsden return as Steve in the series after his body was seen floating in a swimming pool.

When will the trailer release?

Currently, there is no information on when the trailer of the show will be released.

The fans will have to wait patiently to get a glimpse of the new season. The anticipation is real, as season 1 ended with a cliffhanger.

When you are watching Dead to Me, you should expect the unexpected.

Season one was full of surprises. We are still unsure if Jen killed Steve or not.

Season 2 of Dead to Me might give us some answers to who’s the killer.

So, be patient and wait because a lot of fun is awaiting you.