Little Women: 5 Reasons Why You should Watch it 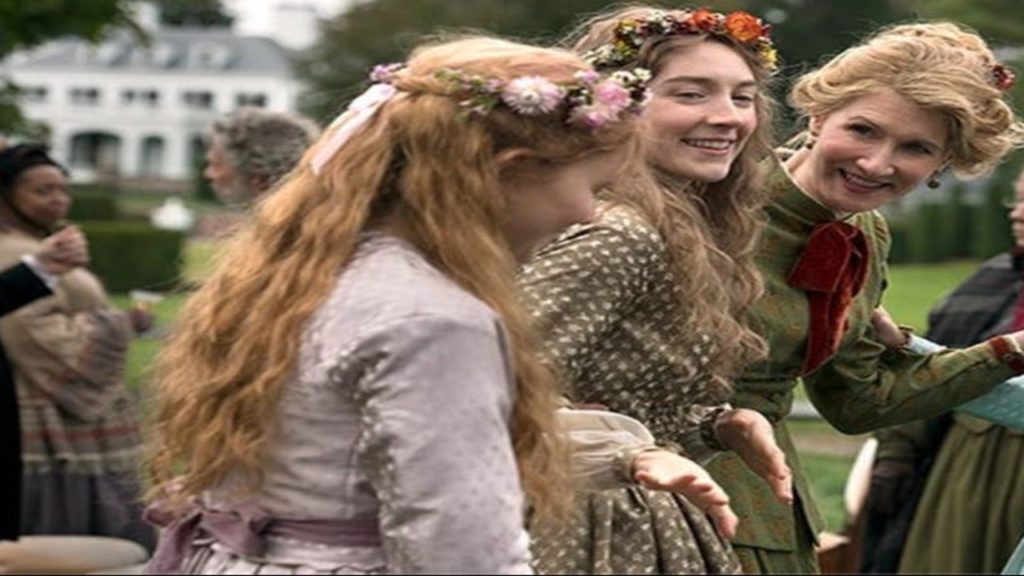 Little Women (2019) is an excellent recommendation for movie lovers who are fans of the 1995 version, which features Winona Ryder and Christian Bale, or for fans of the novel with the same title by the author Louisa May Alcott.

But if you’re neither of the two, then you’re in for a treat! If you’re still wondering whether you should check out the movie, then here are the top 5 reasons why you should.

If you’re familiar with the movie Lady Bird then, you already must have heard the name of Greta Gerwig. Before she became an award-winning director, she was an Indie Film actress. Greta is an Academy Award nominee for best director. She rose to fame when she directed her first film (Lady Bird). Now with her second film, Little Women, she exceeds expectations and shows no signs of stopping anytime soon.

Gerwig announced that she would be directing the most beloved children’s book and planned to make it a modern retelling. And it became one of the highly anticipated movies of 2019. Fans of the 1995 version will appreciate the contemporary version too! Since Greta did a great job in making the movie fresh and new for the new generation.

Greta is a multi-talented filmmaker oozing with passion, and Little Women is one of the films that you’ll not regret watching. She beautifully captured the essence of the story and managed to encapsulate it within a movie.

During the production of the Little Women, Greta Gerwig was pregnant, and the best part is that none of her cast or co-workers knew about this! How cool is Greta? She managed to direct a full-blown movie even though she’s pregnant. Her dedication and craft for film making are exemplary due to which the movie also received Academy Award nominations. She’s an epitome of the great female film directors in Hollywood that deserves recognition for being a game-changer in the industry.

What can you expect from them, all in one movie together? Nothing but the best!

They showed electrifying performances in the movie, which made their character memorable and relatable. What made the movie endearing and, at the same time, exciting to watch is to see these stars on screen.

It’s the second time, Timothee Chalamet and Saoirse Ronan starred as love interests. They first paired on-screen in Lady Bird. Their intense chemistry will make you swoon with romance and heartache for their love story.

Watching the film with these great actors together is a delight since on-screen, having to witness their acting prowess. The newcomer Amy Pugh who played Amy March went viral for her unique and real portrayal of the character. The roles of each character certainly suit the actors.

3. The movie is aesthetically pleasing to watch

Greta Gerwig is known for her distinct and aesthetically pleasing films. One of them is Lady Bird and now with the Little women, you can enjoy the movie’s picturesque locations in the town of Concord, Massachusetts.

Every scene in the film was beautifully and artistically shot; every view in the film looks like a dreamy painting. No wonder why it was nominated for Best Picture in the Academy Awards.

The film will make you nostalgic as it is somewhat linkable to stunning historical dramas such as Pride and Prejudice or The Atonement.

For artists or aspiring directors who are learning the trade of cinematography, get inspired by the film’s breathtaking scenes, and learn a thing or two in the art of movie-making.

The movie is a book adaptation, since its set during the civil war in America in the 1800’s. You will learn history nuggets from the movie story as well.

The best thing about the movie is that it tackles feminist themes, such as women who are working and being independent. You don’t have to be a feminist, since it’s great to see a movie that educates the new generation on gender role expectations.

It’s an inspiring movie for women and men of all ages and can be enlightening to watch.

The film doesn’t only talk about feminist themes but also has various takes on romance, life, death, family, and dreams. The dialogues in the movie will hit you like a speeding train. It will make you laugh, cry and move. Greta Gerwig wrote the screenplay wonderfully, and no wonder why it deserves to be nominated for an Academy Award (Best Screenplay).

The film echoes modern society even though the movie was set in the 1800s. It is highly relevant for our community today and an eye-opener for everyone.

It’s poetic and resonating in terms of storytelling and touching the viewer’s lives. When you decide to watch the movie, you’ll understand what I’m talking about. It will make you feel all the feels!

Little Women is a story of hope, love, and family. It’s a great film to watch even after the holiday season. The story is timeless and classic for all generations.

It’s an excellent film for hopeless romantics too, and this film is packed with love and life lessons.

You can watch this movie with your family. It will make you realize the importance of family and love more than ever!

So if you’re looking for a heartwarming historical movie which you can enjoy with your family during these unusual times, Little Women should be on your must-watch list. It’s one of the classic films of our generation.

You can read the book first or watch the movie straight ahead. The decision is entirely up to you, but then don’t forget to stack some tissues before watching the film!