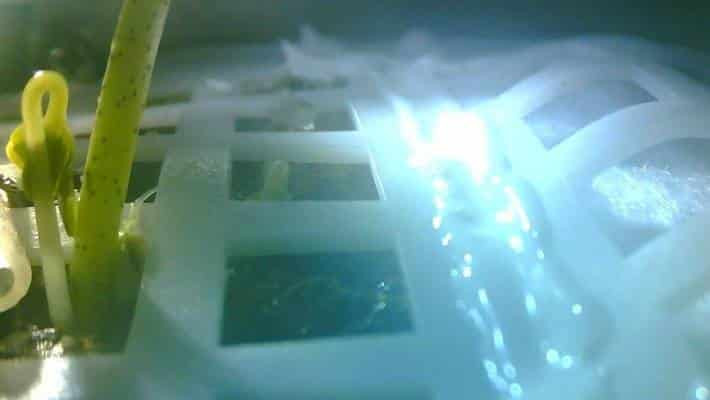 China’s latest mission to the dark side of the moon most definitely got attention of the scientific community. However, the Chinese scientists have managed to take this experimentation up a notch by growing the first ever plant on moon. The seeds carried by this Chinese probe were actually cotton. The seeds successfully sprouted and hence marked the initiation of what could be uncovering of new mysteries.

This announcement was made by the Chinese government on Tuesday. The researchers released several pictures of the probe that showed that this tiny plant has been growing at a good rate inside the small pot kept in the spacecraft while surviving so far away from Earth’s nurturing atmosphere.

On 3rd January, China became first country ever to land its probe on the hidden side of moon. Its rover named Jade Rabbit 2 or the Yutu 2 touched down moon’s oldest and biggest impact crater at South Pole named Aitken Basin.

The mission, titled as Chang’e 4, intends to accomplish several tasks which include conducting first low-frequency Lunar Radio Astronomy Experiment. The mission will also explore the possibility of presence of water towards the polar end of Moon. Another important purpose of this mission was testing whether the plants can grow in an environment with low gravity.

A Beginner’s Quick Guide to SBOBET

Are we going to see a Bird Box 2 this year ?